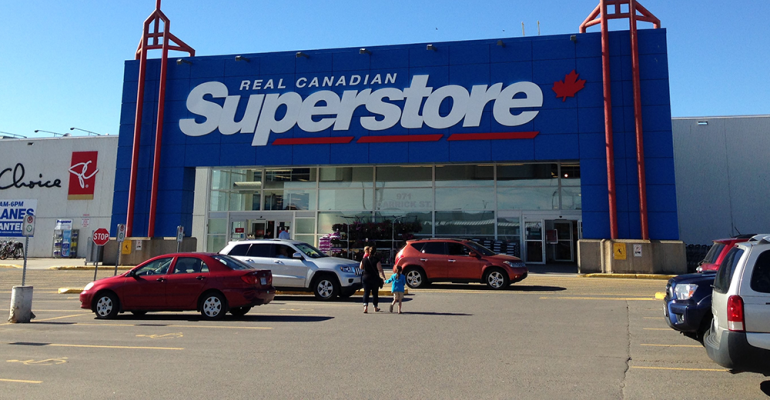 Loblaw Cos. chain builds on partnership with Instacart

With the move, about 200,000 households in the Winnipeg area can order Real groceries and daily staple items through Instacart and have them delivered to their door in as soon as one hour, according to Loblaw Cos., the chain’s parent company.

Real Canadian Superstore is part of Loblaw’s discount division, which has 500 stores across Canada and also includes the banners No Frills and Maxi (Quebec).

"We are a customer-led company and are always looking for new ways to make shopping more convenient," Herman Paek, senior vice president of e-commerce at Loblaw, said in a statement. "The option of home delivery complements our in-store and pick up experiences, to provide our customers with convenience and quality, however they want to shop with us."

Loblaw announced its partnership with Instacart last November and began delivery from Loblaws, Real and T&T stores in Toronto in December. That was followed by a launch in the greater Vancouver area in January.

In late September, San Francisco-based Instacart announced plans for “Instacart North,” a technology hub in Toronto from which the company will grow its online grocery business in Canada. Currently, Instacart’s Canadian retail partners include Loblaw and Walmart Canada, which launched the service in the Toronto and Winnipeg markets last month.

More than 50% of Canadian households now have access to Instacart’s service, the company said.

"Since Instacart first entered the Canadian market through our Loblaw partnership in Toronto in December, we've received an overwhelmingly positive response and requests to expand into new markets," stated Andy Anthony, general manager at Instacart. "Today, Instacart is available to one in two Canadian households, and we look forward to continuing to grow that footprint and reaching more customers across Canada in the weeks and months ahead. This expansion also offers more flexible income earning opportunities to our thousands of [personal] shoppers in Canada, who help pack, pick and deliver the groceries."

Loblaw also offers store pickup for online grocery orders. Called Click & Collect, the service was introduced in Toronto stores at the end of 2014 and then expanded to Nova Scotia and New Brunswick in December 2017. Click & Collect is now available and more than 200 stores, and Loblaw said it plans to roll out the service to other Atlantic markets during 2018.

This past spring, Loblaw also launched a grocery pickup service with Toronto transit authority Metrolinx. Under the program, commuters order groceries online by midnight for pickup at GO Transit stations during their next day's commute. Depending on location, the groceries are supplied by nearby Fortinos or Loblaws stores and are held for shoppers in a special delivery truck, lockers or an enclosed kiosk. Loblaw launched in five stations and said it plans to expand the program in phases to more sites in the region.