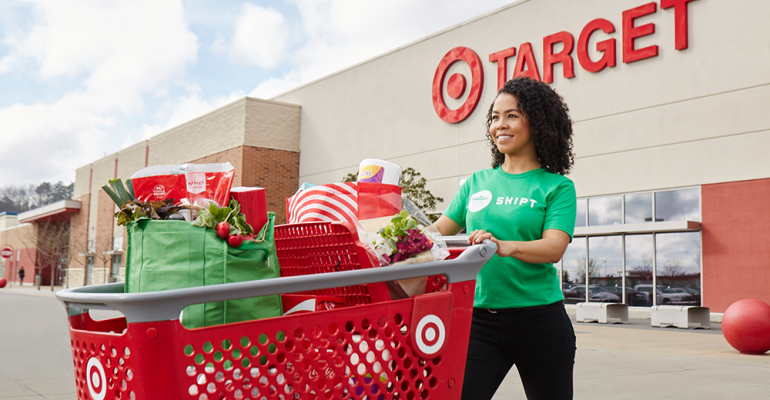 Target was the most expensive of the major retailers studied in grocery, with prices 8.4% more than Amazon’s.
News>Online Retail

Retailers jostle for the lead in online grocery

Walmart, Target and others turning up heat on Amazon, studies say

Amazon’s pricing edge in online grocery is narrowing as Walmart and subsidiary Jet.com have closed the gap.

Meanwhile, Walmart has eclipsed Amazon in e-grocery shopper share, and supermarkets and other food stores have increased their online customers. And not to be left out is Target, which is more than holding its own in providing an omnichannel grocery experience versus Walmart and Kroger.

E-commerce analyst Profitero, in its latest “Price Wars” report, found Jet.com and Walmart the lowest in price relative to Amazon in online grocery. The study had Jet at a price index of just 0.6% higher than Amazon, while Walmart was 2.5% higher.

For the online price competitiveness analysis, Boston-based Profitero examined pricing of 100,000 products in 15 categories from April to June at a range of leading retailers. During the period, no retailers beat Amazon on grocery.

Target was the most expensive of the major retailers studied in grocery, with prices 8.4% more than Amazon’s, Profitero reported. Kroger, the largest U.S. supermarket operator, had e-grocery pricing 8% higher than Amazon’s during the period. Grocery prices in comparison with Amazon were 17% more via Instacart and 27.8% more on CVS.com.

In comparison with the February study, Target’s prices rose 2% in the latest period analyzed. And while Profitero also saw Walmart’s online grocery prices increase since its previous study, Jet’s prices decreased 5% in that time.

“Based on our latest data, it’s clear that Amazon is the best-priced retailer across the broadest selection of products,” stated study author Keith Anderson, senior vice president of product strategy and insights at Profitero. “That said, for those willing to spend the time, deals can still be found in price-competitive categories like baby, pet and beauty products.”

Walmart, however, is starting to win over more e-grocery customers, according to consumer research firm Retail Feedback Group (RFG).

RFG’s 2018 U.S. Online Grocery Shopper Study, released this month and based on a survey of 760 consumers, has Walmart with a 33% share of online grocery shoppers, up from 26% in 2017. That moved the retail giant past Amazon, which saw its e-grocery shopper share drop from 36% last year to 31% this year. Supermarkets/food stores also garnered more online customers, with their share rising to 26% from 24% a year ago. 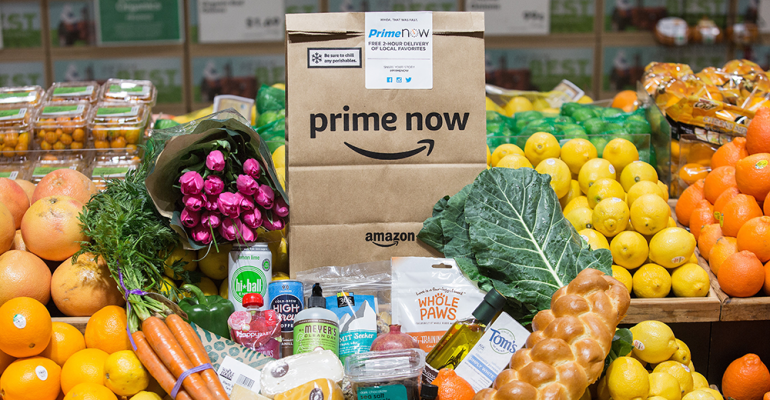 Seventy-three percent of respondents said they’re highly likely to recommended Amazon’s online grocery offering, just behind Instacart at 74% but ahead of Walmart (67%) and supermarkets/food stores (61%).

In the coming year, 52% of Walmart shoppers and 50% of supermarket/food store customers said they plan to buy more groceries online, versus 47% of Amazon shoppers saying they aim to do so.

“Clearly, Amazon, Walmart and Instacart are taking advantage of both their experience in the space, and the capital they continually invest, in improving the online grocery ordering and fulfilment experience,” commented Doug Madenberg, principal at Lake Success, N.Y.-based RFG. “Supermarkets and food stores operating e-commerce on their own or through a third-party platform should take note of Instacart's scores and ensure their service provides an experience at the same or higher level."

But in terms of delivering a seamless, omnichannel grocery shopping experience, Target bested Walmart and Kroger in an analysis by Brick Meets Click.

The Barrington, Ill.-based strategic advisory firm assessed the three grocery leaders’ omnichannel experience in three areas: accessibility, attractiveness and acceptability. Target had the highest composite rating at 3.4 out of 5, ahead of both Kroger at 2.8 and Walmart at 2.3.

“If the goal of omnichannel is to enable shopping from anywhere, for anything and any way a customer wants, then the seamless shopping rating highlights progress and opportunities against that goal,” explained David Bishop, partner at Brick Meets Click. “And for seamless shopping to have a positive impact on a retailer’s results, customers must have access to the solutions, be attracted to the perceived benefits and enjoy better outcomes from using these solutions.” 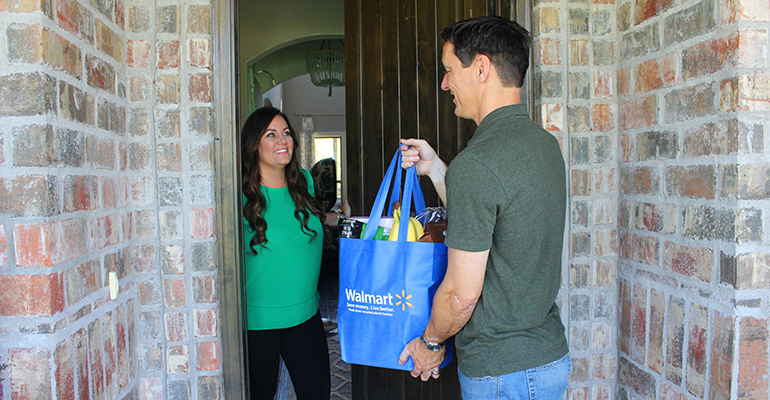 “Although seamless shopping is an evolving concept, retailers of all sizes could benefit from applying this framework to understand how they’re performing and where they should focus more resources to generate stronger results,” noted Bishop. “We know that an improved customer experience leads to stronger customer retention, higher spending rates, and more customer referrals or recommendations.”