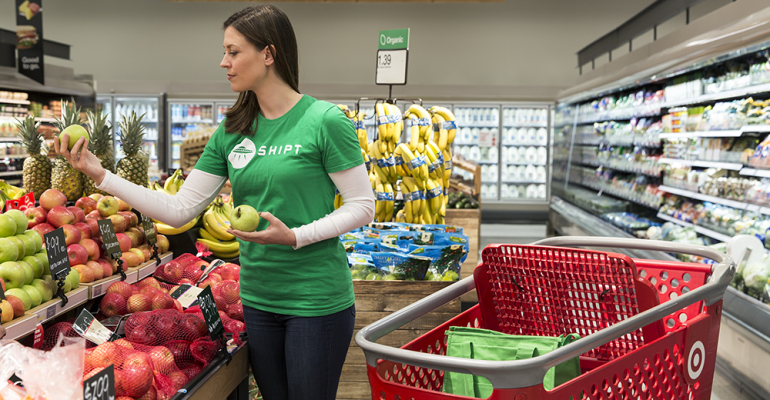 Target Corp. has made same-day delivery service from its Shipt subsidiary available directly through the Target.com website.

The Minneapolis-based discount store retailer announced the move on Thursday. Until now, Target online customers wanting same-day delivery or store pickup had to set up a Shipt account and go to Shipt.com or use the Shipt mobile app to place their orders and schedule fulfillment.

Related: Target gets Q1 boost with help from Drive Up

“With same-day delivery now available directly within the Target.com experience, we’ve made it even easier for our guests to shop at Target, while still getting the great value, curated product assortment and helpful guest service they’ve come to expect,” Dawn Block, senior vice president of digital at Target, said in a statement.

Target said it also has created a dedicated same-day delivery page on its website to provide a seamless, one-stop experience. Customers can shop from more than 65,000 same-day eligible items — including groceries, household staples, pet products and baby care — and have them delivered to their door in as soon as an hour. Orders are picked, packed and delivered by Shipt personal shoppers.

Other features include the ability to quickly order previously purchased items, edit or add to an order up to one hour before delivery, and save multiple addresses to enable deliveries to other locations (such as a workplace or vacation home) and to family and friends. Holders of the Target REDcard, which gives 5% off purchases, can use the card to pay for Shipt orders and get savings from weekly promotions, Target said. Shoppers also can sign up for a free four-week trial of Shipt or pay a $9.99 fee for each delivery order on Target.com without having to enroll in an annual membership.

Since announcing the $550 million acquisition of Shipt in December 2017, Target has expanded the on-demand service to 47 states, including its own stores and other food, drug and mass retailers. Shipt same-day delivery is currently available through more than 1,500 Target stores in over 250 markets.

Target noted that Shipt’s expansion has also help drive growth in its click-and-collect services. Last month, the retailer launched Drive Up curbside pickup at about 150 Target stores in Maryland, Virginia, Texas, Georgia, Florida and California, which followed an expansion to over 1,100 stores in early April. Target now provides Drive Up curbside service at 1,250 locations and free in-store Order Pickup at all of its 1,851 stores. The company said it aims to have Drive Up available at most of its stores by the end of 2019.

Expanded online fulfillment remains a linchpin of Target’s growth strategy. Digital comparative sales jumped 36% in fiscal 2018, the fifth straight year that the retailer generated higher than 25% digital comp-sales growth. Digital comp sales surged 42% in the fiscal 2019 first quarter, and Chairman and CEO Brian Cornell said in a call with analysts that same-day fulfillment — including Order Pickup, Drive Up and Shipt — drove more than half of its digital sales growth for the quarter.