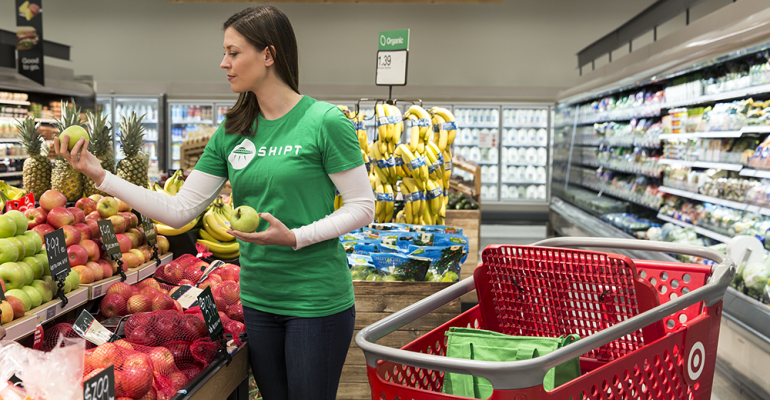 Shipt extends reach across the Midwest

Shipt is expanding online grocery delivery from Target and other food retailers in eight states.

The e-delivery company said Tuesday that next week it plans to begin same-day delivery of groceries, fresh food, household essentials, home goods and other products from Target and Hy-Vee stores in select markets in Illinois, Iowa, Minnesota, Missouri and South Dakota.

The expansion gives approximately 820,000 households across the five states access to Target and Hy-Vee products delivered by Shipt. Birmingham, Ala.-based Shipt, part of Target Corp., plans to add more than 900 new personal shoppers across the 10 metropolitan areas to help pick, pack, bag and deliver the orders.

“The addition of these markets across the Midwest and the Great Plains represents our continued dedication to expand Shipt delivery from trusted retailers just in time to alleviate the stress of back-to-school shopping,” Bill Smith, founder and CEO of Shipt, said in a statement.

Meanwhile, Shipt’s service will be making its debut in Maine on Aug. 21. Residents in the Portland area, covering over 130,000 households, who sign up with Shipt will be able to receive same-day delivery of more than 55,000 groceries, essentials, home, electronics, toys and other products from Target.

Beginning Aug. 28, Shipt delivery of groceries, daily essentials and other products from Target is due to kick off in Eau Claire and Madison, Wis. The service has been available via Target stores in Appleton, Green Bay and Milwaukee since June, and the expansion to the new markets adds another 220,000 households. Shipt said it plans to hire nearly 200 new shoppers across the two Wisconsin metro areas.

Earlier this month, Shipt announced that online grocery delivery through Target stores in Connecticut is scheduled to start on Aug. 14 in Stamford, Aug. 16 in Hartford, and Aug. 23 in New Haven and Bridgeport. The launches, marking Shipt’s entry into the state, will extend the service’s reach to another 2 million-plus households.

Shipt grocery delivery also got under way this month from Buy For Less and Uptown Grocery stores in Oklahoma City. The move expanded Shipt’s coverage in Oklahoma, where it first launched last year, by another 300,000 households.