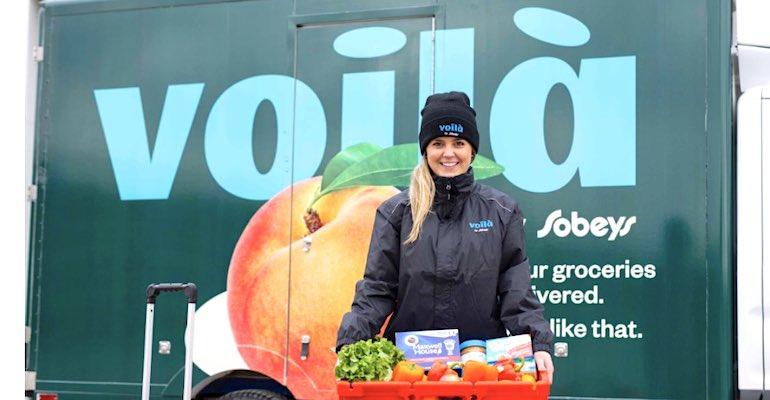 To that end, Empire this week unveiled plans to construct an Ocado-automated customer fulfillment center (CFC) in the greater Vancouver area to fill online grocery orders. The Stellarton, Nova Scotia-based company didn’t specify the location but said it will lease the facility from Beedie, a third-party industrial developer based in Western Canada, which will build the site to Empire’s specifications.

The platform from U.K.-based Ocado Group employs a centralized fulfillment model of large facilities that use high degree of automation — including vertical integration, machine learning and robotics — to accommodate a huge assortment of products and serve a wide geographical area. For Empire, Ocado’s solution positions each CFC as a “hub” serving area stores and supporting facilities handling online orders.

Empire noted that the upcoming Vancouver CFC will benefit from new Ocado technology that brings more efficiencies and a lighter environmental and carbon footprint. For example, the bots ferrying items for online orders are five times lighter and require less energy and power to achieve the same throughput as the previous generation. Sobeys announced its partnership with Ocado in 2018.

“Ocado’s central fulfillment and home delivery model is proving to be the most efficient on the market while delivering the best customer experience,” Sarah Joyce, senior vice president of e-commerce at Empire, said in a statement. “Ocado’s recent innovations are making it even more efficient and sustainable, both for our business and the planet.  Their commitment to ongoing innovation is one of the reasons we decided to partner with them.”

The Vancouver CFC marks the fourth announced by Empire. Voilà service launched in June 2020 in the greater Toronto area, powered by an Ocado CFC in Vaughan, Ontario, which went into operation that month. Empire has accelerated plans to build three more CFCs. They include a second CFC in Pointe-Claire, Montreal, to support the Voilà par IGA home delivery service in Ottawa and cities in Quebec, which is expected to go into operation in the spring of 2022. Empire has said it plans to build two more CFCs in Western Canada, including in Calgary, Alberta — slated to begin delivering to customers in the first half of calendar 2023 — and now in Vancouver.

Currently, Voilà home delivery service is available in Ontario, in the greater Toronto and Hamilton areas, and in Quebec, in greater Montreal and Quebec City.

“With CFCs in Ontario, Quebec, Alberta and British Columbia, we will reach 75% of Canadian households and approximately 90% of grocery e-commerce spend,” according to Joyce. “We strongly believe that central fulfillment is the most profitable solution at scale and that Voilà will be the top e-commerce grocery retailer in Canada.”

In fiscal 2021, Empire launched Voilà Curbside Pickup at 30 stores in Nova Scotia, New Brunswick, Newfoundland/Labrador, Prince Edward Island and Alberta, and the service has since expanded to British Columbia, Manitoba, Saskatchewan and Ontario. Empire added 30 pickup sites in the 2022 second quarter ended Oct. 30 and plans to add up to 35 more locations in the rest of the fiscal year.

Powered by Ocado’s store-pick solution, the click-and-collect program is designed to serve customers in areas where CFCs don’t deliver or aren’t yet built. The service is now available at 87 Sobeys and Safeway stores in all provinces except Quebec.