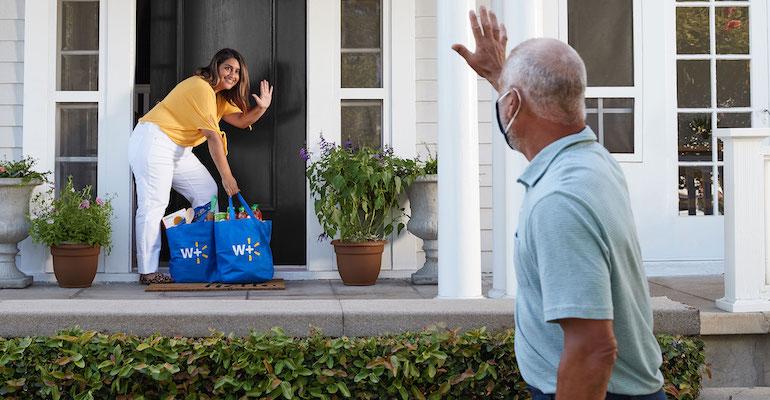 Walmart
Announced earlier this month, Walmart+ is slated to go live on Sept. 15. For $98 per year, or $12.95 a month, members get unlimited free delivery on more than 160,000 items shipped from stores, among other benefits.
News>Online Retail

Nearly half of regular online shoppers express interest in signing up for Walmart’s new Walmart+ membership program, according to a poll by e-commerce researcher and media outlet Digital Commerce 360.

Notably, 42.7% of respondents who are currently members of Amazon Prime — to which industry observers see Walmart+ as a response — show interest in Walmart’s membership offering, Digital Commerce 360 found. Eighty-eight percent of all respondents are members of Prime, reflecting that program’s popularity among heavy online shoppers, according to Lauren Freedman, director of consumer insights at Digital Commerce 360.

“The big takeaway is that quite a few consumers may be interested in another program like Amazon Prime, and it may be that shopper satisfaction with Prime and its convenience makes them more inclined to try a program like Walmart+,” explained Freedman, a longtime e-commerce consultant. 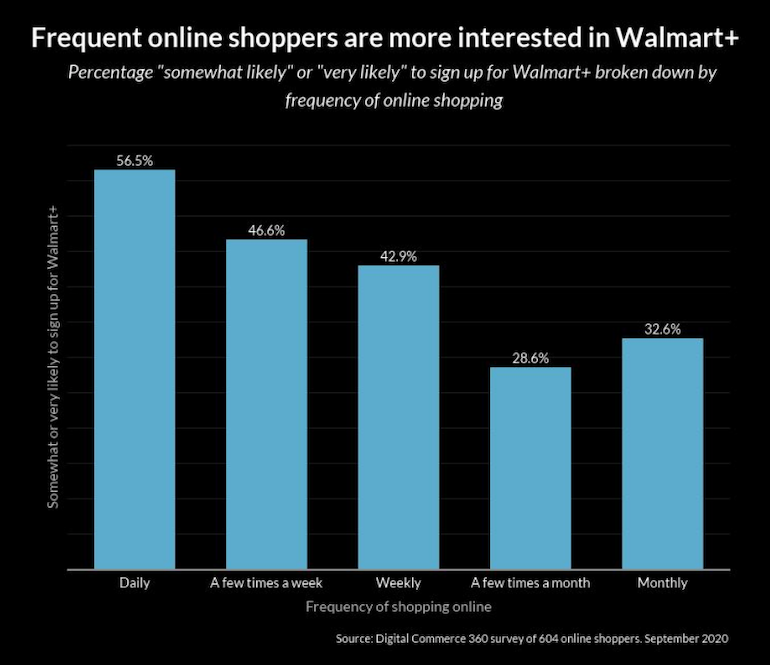 Changing consumer behavior amid the COVID-19 pandemic is likely spurring interest in Walmart+ as well, she noted.

“More shoppers are now buying groceries online, and Walmart is the country’s leading grocery retailer and has reported a big increase in online food sales,” Freedman stated. “Plus, many consumers are consolidating their purchasing among fewer retailers, and Walmart seems to be among those gaining ground as a result.”

Bentonville, Ark.-based Walmart announced Walmart+ on Sept. 1 and plans to launch the program on Sept. 15. For $98 per year, or $12.95 a month, members get unlimited free delivery on more than 160,000 items shipped from stores, fuel discounts of up to 5 cents per gallon at nearly 2,000 Walmart, Murphy USA and Murphy Express gas stations, and shopping tools such as Scan & Go touch-free payment and Walmart Pay to speed checkout in stores. More customer benefits are upcoming, Walmart said. 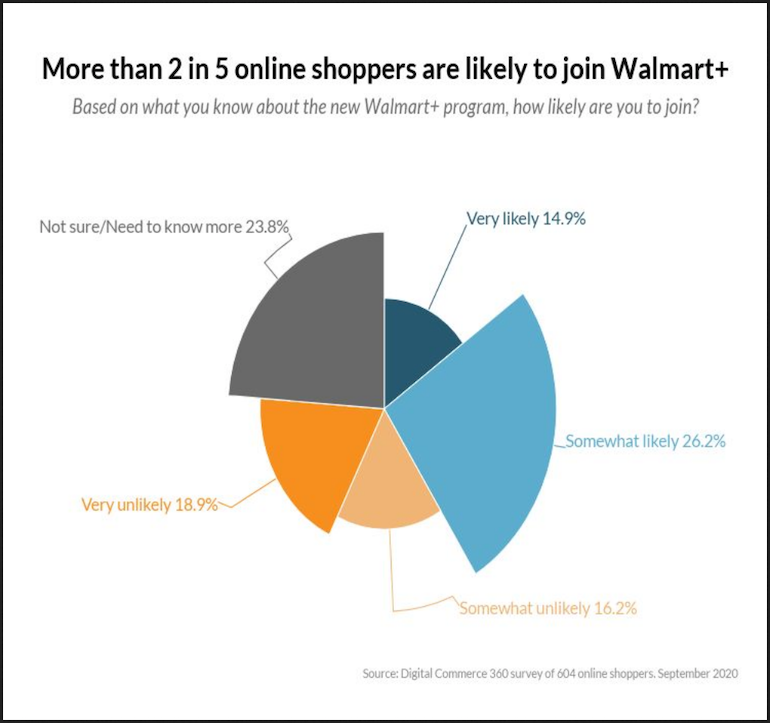 “Free shipping is increasingly an expectation among online shoppers and always a customer favorite,” she added.

Large grocers already have been working to serve up extra benefits to loyal customers and extend their e-commerce reach à la Amazon.

And in August, The Kroger Co. unveiled plans to go live with a digital marketplace of third-party sellers this fall through a partnership with e-commerce provider Mirakl. Under the new service, the Kroger Ship direct-to-customer platform will extend its ship-to-home assortment beyond groceries to a range of other categories, including natural and organic products, international food, specialty items, housewares and toys. Eligible Kroger.com orders also will be able to earn loyalty rewards, such as fuel points.

Customers do have their limits in terms of membership program participation, however. Of Digital Commerce 360 survey respondents not interested in Walmart+, 61% said they already belong to Amazon Prime and don’t want to pay for another program. Also, 26% reported being unsure if they would get free shipping under Walmart+, since the no-fee benefit applies only to items shipped from Walmart stores.