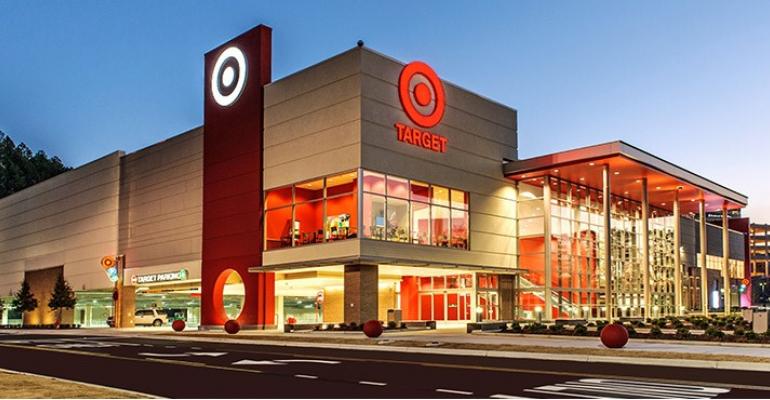 Target Corp. has rolled out its Drive Up curbside pickup service to 200 more stores in the Midwest.

With the expansion, more than 800 stores in 25 states now offer Drive Up service for online purchases of groceries, household essential items and other products. Target said it will launch curbside pickup in additional markets late next month. Plans call for the Minneapolis-based retailer to have Drive Up available in nearly 1,000 stores by the holiday season. Most recently, the service was expanded to Midwestern markets including Des Moines, Iowa; Kansas City, Mo.; Madison, Wis.; and Omaha, Nebraska; plus Southern markets such as Raleigh, N.C.; Nashville, Tenn.; and Columbia, S.C.; as well as to select stores in Florida, Texas, Alabama, Georgia, Louisiana, Mississippi and Oklahoma.

Drive Up, which was piloted in Minneapolis last fall, works as follows: Customers choose Drive Up as the fulfillment option when placing an order via the Target app, and then Target notifies them when the order is ready, typically within one to two hours. When ready to go to the store, customers click on the “I’m on the Way” button in the app. At the store, shoppers park in a designated Drive Up space, and within two minutes a Target associate brings their order to their car, where it’s loaded into the trunk or backseat. With more consumers engaging in online ordering of groceries and other products, Target has stepped up its expansion of fulfillment and delivery services.

In mid-May, following pilots in major markets, Target began rolling out its Target Restock next-day delivery service nationwide and expects it to reach more than 75% of the U.S. population by the end of 2018. The online stock-up service enables customers to order from an assortment of 35,000 items — including food, home essentials and other consumer staples — and have their “Restock box” delivered to their door the next day.

Meanwhile, Target’s Shipt subsidiary has steadily expanded its same-day delivery service to Target stores and other retailers around the country, most recently rolling out in the Midwest. Shipt’s service is currently available to nearly 50 million households in more than 150 markets.