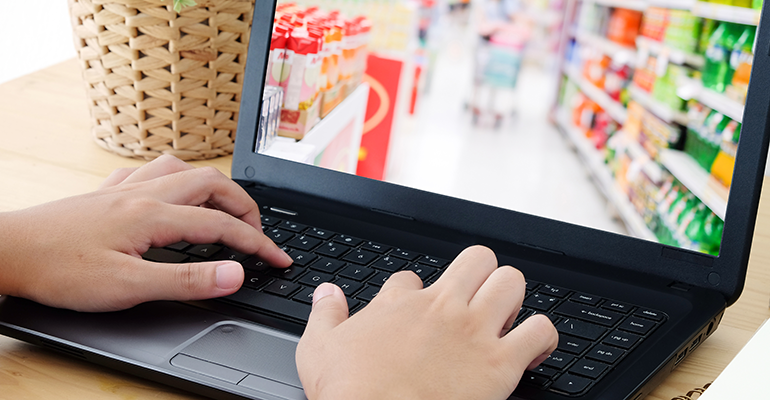 Viewpoint: Is online grocery really going to explode in the US?

Editor’s note: This article does not necessarily reflect the opinions of the editors or management at Supermarket News.

The online grocery business is said to be "exploding" and has become the focus of investment efforts by most of the large grocery retailers, including Kroger, Target and Walmart, against Amazon's feared assault. By 2022, online grocery has been forecast by Nielsen U.S.A. to be a $100 billion business—representing over 12% of the projected total U.S. retail food and grocery business in that year.

But do we really live in a world of straight-line exponential growth? And is the hype now being overdone?

A third of all shoppers are said to be buying groceries online, but how does that result in a market share of less than 2% in the USA as a whole? The online grocery market is variously estimated to be growing at a 13-to-30% annual rate, but that is easy to do when the "base" for the calculation is less than 2% of the total market.

To assess the real future potential for online grocery in the US it is important to understand what has happened in markets where the environment for online retailing is inherently more favorable than that in the US. For example, the UK where online grocery has reached an estimated 7.5% share, but may now be in danger of stalling.

The UK offers a more favorable environment than most of the U.S. for four main reasons:

The declining growth rate of e-Commerce in the UK may be an important reason for Ocado's recent focus on growth outside the UK, first in Sweden (ICA), next in France (Casino) and now in the US (Kroger).

Elsewhere in Europe, Lidl & Schwarz (the world's fourth largest grocery retailer) has also announced that it is cutting back on its e-commerce activities and expenditures. This is symptomatic of a grocery discount sector, which sees a limited need to offer online provision—as price leaders, they know that hard-pressed and savvy shoppers will continue to patronize their "physical" stores.

The key issue observed by Nielsen (in the UK) is the "frequency problem." Although a large proportion of UK shoppers do buy groceries online, they only carry out, on average, 11 "visits" per year. This compares with an annual average of 247 visits to grocery shops.

The frequency problem is also the key reason why the 33% of U.S. shoppers who shop online only "generate" a 1.5%-2.0% market share for online. This is currently the central problem for online grocery retailing which may be resolved by future advances in technology and delivery services. The troubling "bottom line" for food retailers is that the same business is coming from the same number of customers, but now flows through a greater variety of distribution channels and, therefore, at a higher overall cost of doing business.

U.S. grocery retailers obviously need to invest in digital growth and e-commerce to some degree. Even sober forecasters (such as brickmeetsclick.com) see online grocery growing at 10 times the rate of in-store food retailing. But retailers should be careful about the scale of their investments.

There are already danger signs in the U.S., besides the limited market share achieved by online grocery. Recent research for the National Grocers Association found that 76% of online shoppers use home delivery versus only 39% using click and collect. Online shoppers therefore evidently prefer the convenience of the most expensive "delivery" method for retailers, but do not like paying for it. Recent research by Morning Consult found the 67% of all U.S. online grocery shoppers either do not want to pay for delivery or would only pay $5 or less for it. And this is before the next recession!

In the UK, the major grocery retailers are now seeking to shift their online shoppers into the more cost-effective click-and-collect option, replicating the format which has been far more successful in France. The fear, however, is that Pandora’s box has been opened and that UK shoppers are now expecting home delivery at a price as competitive as in-store. The move by some players toward one-hour delivery in urban areas does not help the resulting pressure on margins.

By emphasizing click and collect and subcontracting home delivery to Instacart and other third-party vendors, U.S. food retailers may—to a degree—be reducing the pricing expectations that developed in the UK.

There are also other common-sense reasons why there will be firm limits on the online penetration of the U.S. grocery market, and a continued interest in retaining a multichannel presence:

In summary, we foresee that online penetration will continue to grow and in five to 10 years may reach 4% to 5% of the total U.S. grocery market....representing up to a 250% increase over the current share of market. An increasing proportion of grocery shoppers will buy some products online (especially non-perishable consumables) but a continued much smaller proportion will visit online sites regularly, and even fewer will buy perishables online.

The growth of online grocery will, therefore, be strongly segmented by (a) product category, (b) consumer demographics and (c) geography (witness the recent scaling back of Amazon Fresh service). Retailers need to thoughtfully consider all three of these segmentation characteristics as they plan their e-commerce activities and investments. If not, they are in real danger of wasting considerable time and money that could have been invested more profitably in brick and mortar.

Dr. David Rogers is the president of DSR Marketing Systems, a Chicago area consultancy. DSR specializes in market and real estate research for the supermarket industry both in the USA and overseas. Dr. Rogers is also the assistant director of the annual Retail Location program at Oxford University in the UK.