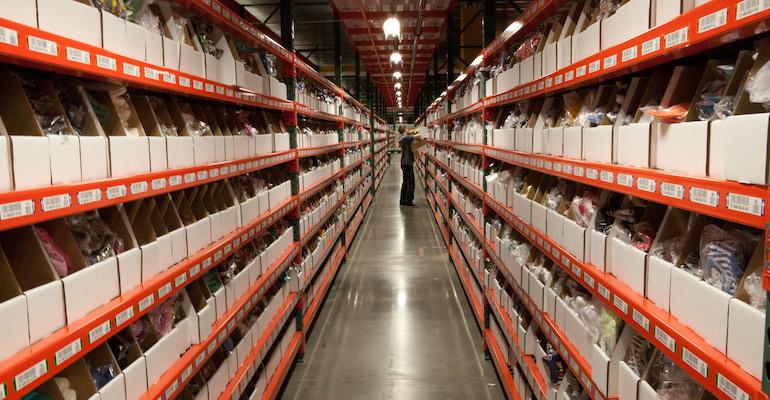 For the third time in just over a month, Walmart has unveiled plans for a new e-commerce fulfillment center, this time in Olive Branch, Miss.

Walmart said Thursday that it aims to build a 1 million-square-foot fulfillment center at 10480 Marina Dr. in Olive Branch — part of the Memphis, Tenn., metropolitan statistical area (MSA) — and open the facility this spring. The center will be used to store millions of items ordered via Walmart.com to be picked, packed and shipped directly to customers as soon as the next day, according to the company.

In mid-December, Bentonville, Ark.-based Walmart announced plans to construct a 1 million-square-foot fulfillment center in Salt Lake City, a week after unveiling a project for a 925,000-square-foot automated fulfillment center in Lebanon, Tenn. The Salt Lake City facility is slated to go into operation in this summer, followed by the Lebanon facility opening in the fall.

The Olive Branch location marks Walmart’s first fulfillment center in Mississippi, where retailer operates three distribution centers and 86 stores, with a workforce of more than 25,000 associates. The new facility will create about 250 full-time jobs across the Memphis MSA. Walmart said. In Tennessee, the company has three distribution centers, 150 stores and over 42,000 employees.

“Walmart is proud to welcome its newest fulfillment center to the city of Olive Branch as we continue to grow our national supply chain network and eCommerce capabilities in the mid-South,” Steve Miller, senior vice president of supply chain operations for Walmart U.S., said in a statement. “The new facility will store millions of items from Walmart’s everyday low-priced merchandise, which will be ready to be shipped directly to customers with the great speed that they expect.”

U.S. online sales for Walmart rose 8% year over year and 87% on a two-year basis through the end of its fiscal 2022 third quarter. The company said fulfillment centers have become a pillar of its plan to ramp up supply chain capacity to fuel omnichannel growth.

Much of that effort will involve the use of automation to support escalating demand, improve the customer experience and boost productivity, according to Walmart. In July, the company unveiled plans to automate 25 of its 42 regional distribution centers (RDCs) with robotics and other automation technology.

In October, Walmart also said it aims to build a high-tech distribution center for fresh and frozen food in Lyman, S.C., which will be the retailer’s biggest grocery DC to date. The more than 720,000-square-foot facility is expected to open in 2024. Then in November, Walmart announced a project to erect two high-tech DCs in the Dallas-Fort Worth area, including a 1.5 million-square-foot automated fulfillment center due to open in 2023 and a 730,000-square-foot automated grocery DC to open in 2024. Walmart said the facilities, in Lancaster, Texas, will be among the largest automated fulfillment and distribution centers in its network.