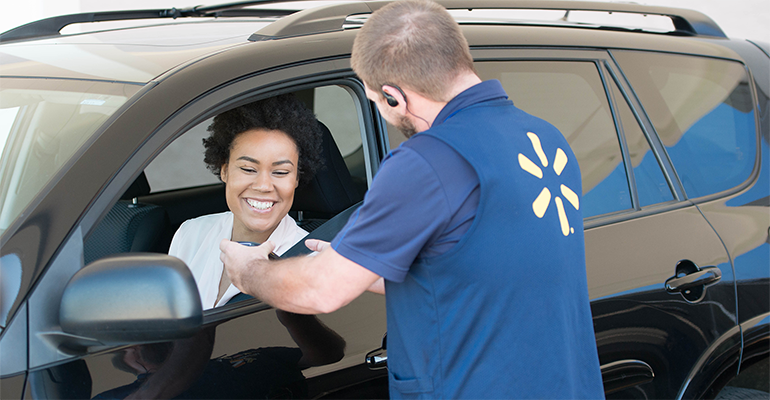 Walmart dominates the U.S. online grocery market, according to new research from analysts at Second Measure. The retail giant, which operates in nearly every U.S. state, had 62% more customers in June than its nearest competitor, Instacart, which also operates nationwide. 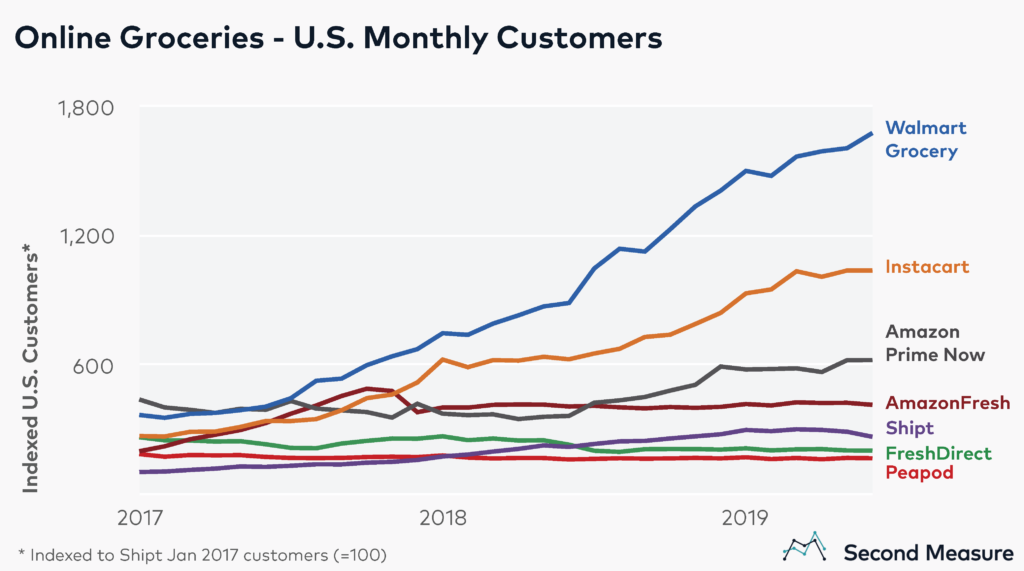 In addition, the retailer is piloting a number of initiatives this year including self-driving delivery vehicles, bringing grocery deliveries into shoppers’ homes and opening fulfillment facilities strictly dedicated to grocery pickup and delivery.

Pickup and delivery options vary by region, the research showed. Peapod and FreshDirect each operate in just a few markets, mostly Northeastern states. Each commands less than 5% of the national market’s customers. But FreshDirect is a giant in the nation’s most populated metro area, where it is headquartered. It captures 31% of customers in the New York City region — the highest share of any company there. 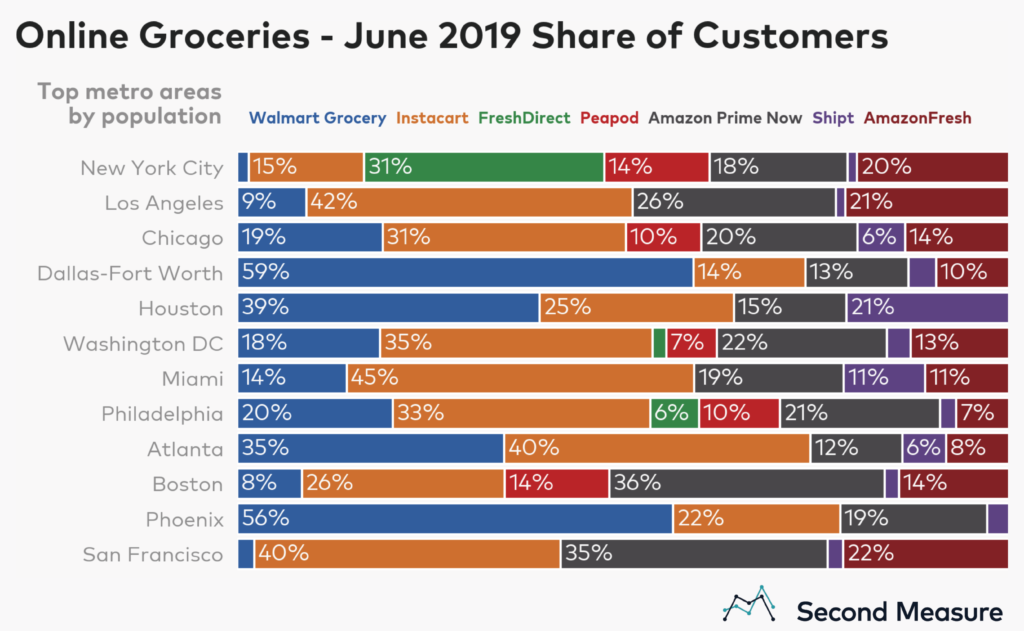 Although it reigns as the national leader, Walmart claims less than 2 percent of the New York metro area’s customers. It also has single-digit shares of shoppers in the metro areas of San Francisco (2%), Boston (8%) and Los Angeles (9%). It’s a much different story in Phoenix and Dallas. In both metros, the nation’s biggest retailer wrangles more than half of all online grocery customers.

Interestingly, digital shoppers are just as loyal to their online grocery service as they are to stores. Second Measure notes that “this is in contrast to the meal delivery industry, where diners frequently hop between apps to get the broadest selection of restaurants.” With the exception of Instacart, no grocery delivery company shared more than 9 percent of another company’s customers in the second quarter of 2019. 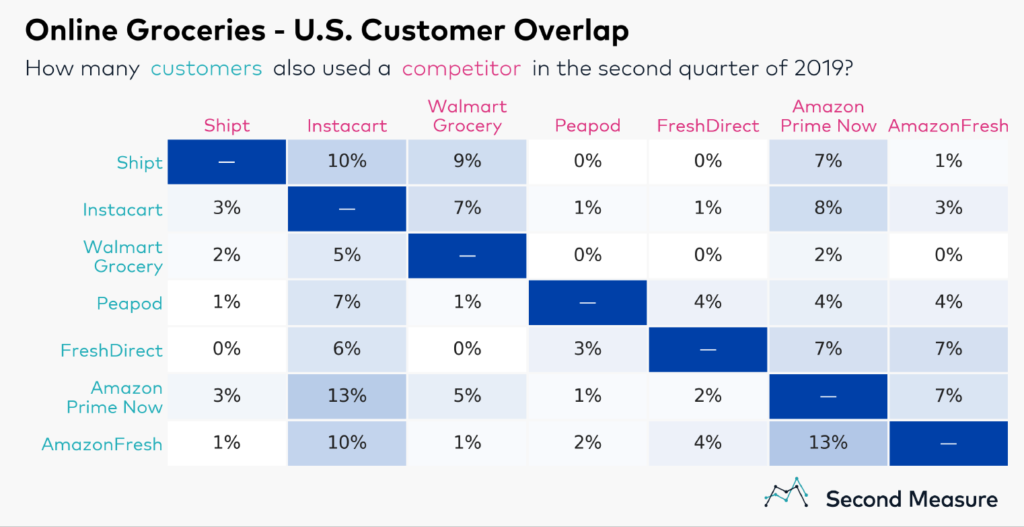 “The good news for grocery delivery brands is that their industry — full of loyal customers — is expanding,” noted the report. “And there’s still lots of room to grow. Twelve percent of U.S. consumers have tried one of the grocery delivery services in our analysis, up from 9% in June 2018.”