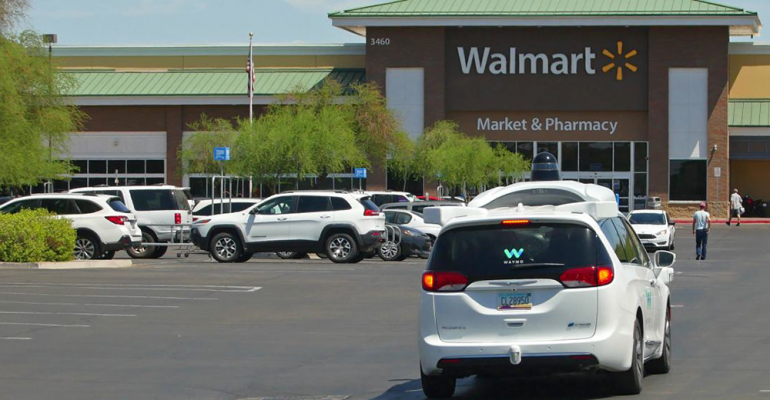 Waymo autonomous vehicles take customers to and from store

Walmart plans to pilot an online grocery service with self-driving cars that pick up customers at their homes and take them to the store to collect their orders.

“While giving customers a unique experience with amazing technology, we’re learning how we can make Walmart online grocery pickup even more convenient,” Ward wrote in the blog. “Waymo’s experience, industry-leading technology and mission on safety is helping us enter this space in the right way.” 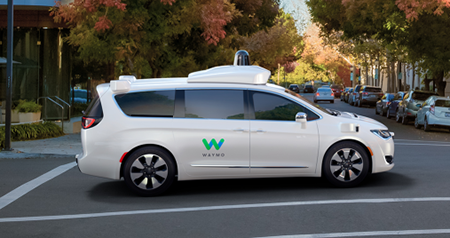 The service works as follows: Customers participating in the pilot order their groceries at Walmart.com/grocery, choose online grocery pickup and select a pickup time. Personal shoppers gather the items ordered based on the designated pickup times. The Waymo vehicle then picks up customers, brings them to the selected store to get their groceries, and then drives them home.

“We’re always thinking of ways we can serve our customers now and into the future,” Ward said.

A subsidiary of Google parent Alphabet Inc., Waymo said the service is part of its “Early Riders” project of 400 users of self-driven cars. Launched in April 2017, the riders program aims to assess how self-driving vehicle technology fits into people’s daily lives, including shopping and other errands.

Users have safely self-driven more than 8 million miles across 25 U.S. cities, and Waymo’s fleet of autonomous vehicles drives over 24,000 miles a day, according to the company.

“Later this week, Walmart and Waymo will launch a test pilot that gives early riders savings on groceries each week when they are ordered on Walmart.com,” Waymo said in a blog post yesterday. “While orders are being prepared at the store, Waymo vehicles will transport the rider to and from Walmart to collect their groceries.”

Waymo said it also is teaming up with AutoNation, Avis, DDR Corp. and Element Hotel to provide self-driving car service to customers doing business with those companies.

DDR, for example, will offer rides in Waymo self-driving vehicles to shoppers and diners who want to go to Ahwatukee Foothills Towne Center in Chandler. The service will allow riders to “avoid the stress of parking lots,” Waymo said.

Last September, Walmart unveiled a partnership in which it would work with Google to create new shopping experiences for customers. The alliance began with the Bentonville, Ark.-based retail giant offering hundreds of thousands of items for voice shopping via Google Assistant.

Learn more about grocery delivery at the inaugural SN Summit, held Oct. 1-3 in Dallas, the only conference where food retailers and restaurateurs learn from each other.