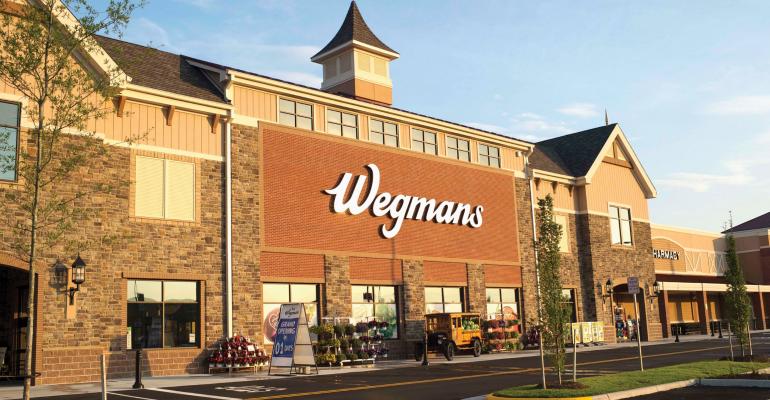 Accessed through the new Wegmans Meals 2GO app, the service is available at the supermarket chain’s Dulles store in Sterling, Va., and its Pittsford, East Avenue and Perinton stores in Rochester, N.Y. Wegmans said Monday that it plans to launch Meals 2GO at its Penfield and Webster (Holt Road), N.Y., stores on April 30.

Overall, Wegmans aims to roll out Meals 2GO to more than 40 stores by the end of the year, as well as to additional locations in 2020.

“We promise to ‘make great meals easy,’ and it doesn’t get any easier than this,” Erica Tickle, e-commerce group manager for Rochester-based Wegmans, said in a statement. “What’s unique about Wegmans Meals 2GO is the variety of delicious menu options. During the year-long pilot at our Pittsford store, we listened and learned, fine-tuned the app and created a menu that had something for everyone at home or at work.” 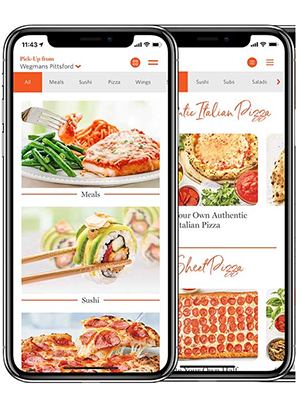 Wegmans said Meals 2GO orders of $20 or more for lunch, dinner or “anytime in between” can be delivered via DoorDash in an approximately five-mile radius of participating stores. Items available for delivery include sushi, pizza, wings, subs, salads, soups, hot “wokery” (Asian), ready-to-heat meals, desserts and beverages.

To order food, customers download the Meals 2GO app to their iOS or Android smartphone, and the app will indicate if delivery is available based on their location. Orders can be scheduled for delivery from 11:30 a.m. to 9 p.m. on any day of the week. Meals also can be ordered ahead of time for carryout or curbside pickup, with no minimum required and no added fee, Wegmans said.

“Our partnership with Wegmans showcases DoorDash’s focus and commitment to better serve our customers and merchant partners beyond restaurant delivery,” said Casey North, vice president of drive at San Francisco-based DoorDash, which in January said it became the first on-demand platform to operate in all 50 states, covering over 3,300 cities. “Wegmans will leverage our strong logistics platform, which enables them to further deliver on their promise to make great meals easy.”

In support of their partnership, Wegmans and DoorDash are offering free delivery on a minimum order of $20 with the one-time promotional code “W2GODELIVERY,” which is valued at $4.99 and expires Dec. 31. Customers also are being offered $10 off their first order using the code “HOORAY.”

Wegmans has continued to extend the reach of its on-demand services. At the end of February, the grocer completed a rollout of Instacart Pickup to all of its 21 stores in the Rochester area after launching the service at two of the locations last year. Wegmans already offers Instacart grocery delivery across its six-state footprint, which includes 99 stores in New York, Pennsylvania, New Jersey, Virginia, Maryland and Massachusetts. The chain announced earlier this month it would be opening its first North Carolina location later this year.