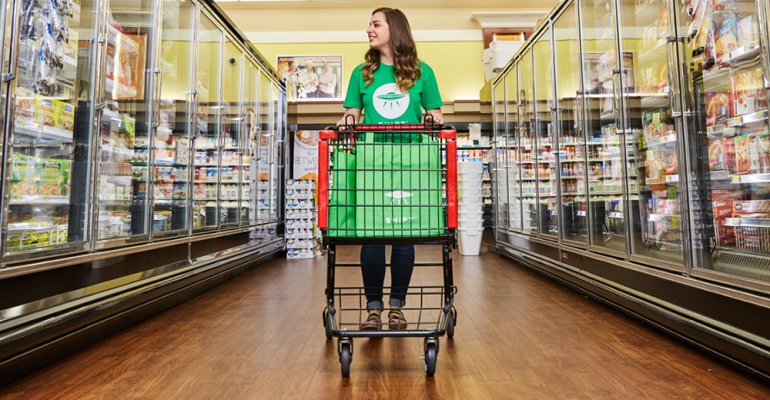 Weis Markets Inc. next week plans to kick off online grocery delivery with the rollout of Shipt’s same-day service in 11 markets in Pennsylvania, Maryland and Delaware.

And later this week, Texas grocer H-E-B is slated to expand its partnership with Shipt by launching same-day delivery in nine more communities, to be followed by another in mid-September.

The expansion will mark Shipt’s debut in Delaware and build on its initial launches in Baltimore this past March and in Philadelphia in April. The Birmingham, Ala.-based company said the rollout will give nearly 2.6 million households across the three states access to products delivered from Weis in as soon as one hour. More than 500 new Shipt personal shoppers also will be added in those states to help fill online grocery delivery orders.

“We’re pleased that our partnership with Shipt will provide customers the additional convenience of having groceries delivered directly to their homes,” Ron Bonacci, vice president of advertising and marketing at Weis, said in a statement.

Meanwhile, H-E-B stores in the Texas markets of Fredericksburg, Laredo, Stephenville, Granbury, Uvalde, Victoria, Huntsville and San Angelo are due to start Shipt grocery delivery on Aug. 30. Target stores in Huntsville and San Angelo also are slated to launch Shipt delivery of groceries and household products on that date. And on Sept. 18, Shipt’s service is due to get under way from H-E-B in Bay City, Texas.

With the expansion, Shipt said it plans to add 450-plus personal shoppers across the 10 new metropolitan markets in Texas to help pick, pack, bag and deliver the online orders.

Shipt originally launched in Texas in 2015, and this latest rollout extends its reach to over 200,000 more households across the state.

H-E-B and Shipt unveiled their partnership in May 2016, beginning with online grocery delivery in the retailer’s hometown of San Antonio and then in Houston, Austin and Dallas.

“Texas was one of the first states where we launched Shipt in back in 2015, and we’ve since built a lot of momentum in the state, making it a natural fit to expand our marketplace,” stated Bill Smith, founder and CEO of Shipt.