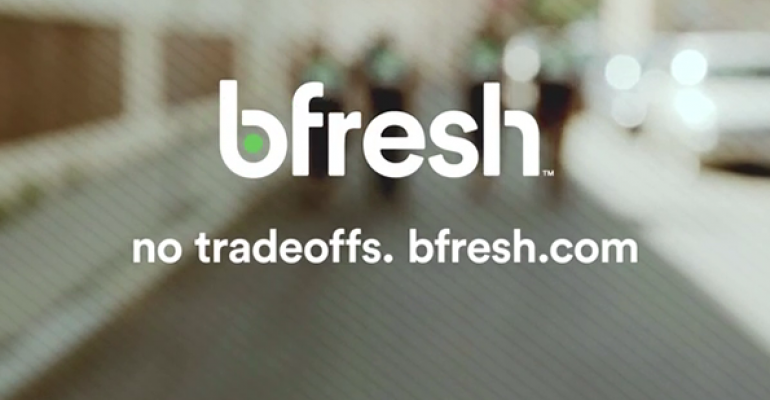 Ahold on Wednesday opened a second location of its bfresh concept, in Fairfield, Conn.

Bfresh, which debuted in Boston in September, was developed by Ahold’s Fresh Formats division. The store aims to provide a convenient, fresh-focused assortment and value to neighborhood shoppers with a modern feel.

According to Ahold officials, the store offers more natural and organic options than a typical market and a robust selection of vegan, gluten-free, and international items; full-service meat, seafood, and deli departments; and meals prepared on-site in the Little Kitchen, a concept adapted from Netherlands restaurant chain known as La Place.

“Whether in the city or the suburbs, grocery shoppers today are met with many obstacles: a desire to shop local, balancing a budget with increasingly complex food and dietary needs, seemingly impossibly busy schedules,” Suzi Robinson, a spokeswoman for Fresh Formats and a developer of the concept, said in a statement. “We sought to provide a one-stop, easy-to-shop solution for the Fairfield community. bfresh is designed for anyone who loves food and wants healthy, affordable, locally-sourced options in their neighborhood.”

With bfresh, Fresh Formats created a visually appealing, inviting, flexible and fun look to “freshify” the grocery experience. The store’s streamlined, simple layout allows for top-notch products to speak for themselves.

Prior to opening the Fairfield and Allston locations, Fresh Formats developed Everything Fresh, described as an independent learning lab in Philadelphia where teammates and customers experiment with and evaluate new ideas to change the grocery shopping experience.