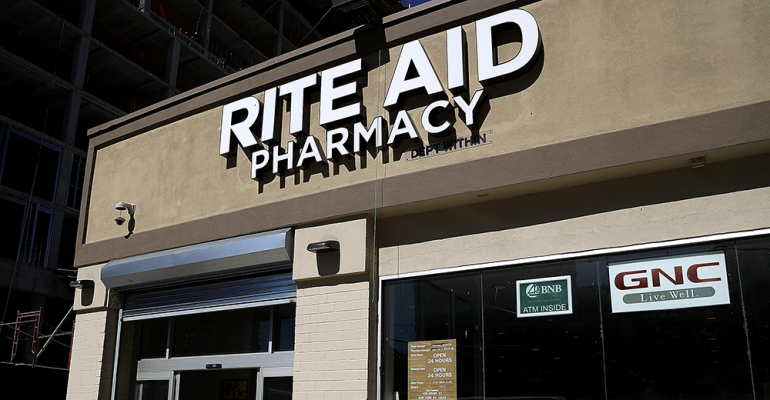 Here's everything you need to know about Walgreens', CVS's and Rite Aid's ventures into the explosively popular (but still legally murky) world of hemp CBD

In spite of former Food and Drug Administration Commissioner Scott Gottlieb's concerns regarding "over-the-line" health claims, many big-box retailers are preparing to dive into the explosive hemp CBD space. In fact, three major U.S. drugstores—Walgreens, CVS and Rite-Aid—have announced in recent weeks that they're already in the process of doing so. FDA will be keeping close tabs on how the three companies market hemp CBD products to consumers, making these trial runs important to watch for others hoping to enter the space. Here's what we know so far.

CVS has already rolled out topical CBD products in over 800 stores in Alabama, California, Colorado, Illinois, Indiana, Kentucky, Maryland and Tennessee. The company is also partnering with third-party laboratory Eurofins to test the products for THC and CBD content, as well as other contaminants. In a statement to NBC news, CVS Health Spokesperson Mike DeAngelis said that the company is "working only with CBD product manufacturers that are complying with applicable laws and that meet CVS's high standards for quality." The current supplier is marijuana company Curaleaf Holdings Inc., a partnership that Curaleaf announced during an earnings call in March. As of right now, CVS does not plan to stock supplements or food additives containing hemp CBD.

Walgreens spokesman Brian Faith wrote in an email to CNBC that the company will begin stocking CBD creams, patches and sprays in 1,500 stores throughout Oregon, Colorado, New Mexico, Kentucky, Tennessee, Vermont, South Carolina, Illinois and Indiana. The timeline for when these products will be available is less clear, although one can imagine that in order to compete with CVS the rollout will occur sooner rather than later. Walgreens has also declined to specify which hemp CBD brands it will carry, but, like CVS, has ensured that all offerings will be strictly topical.

Rite-Aid announced most recently that it would begin selling hemp CBD creams, lotions and lip balms in roughly 200 of its Oregon and Washington stores as part of its ongoing effort to compete with Walgreens and CVS. In an attempt to modernize its brick-and-mortar presence, Rite-Aid is adding more health care services and selling new products in stores. Chief Operating Officer Bryan Everett said during a call with analysts that many customers have inquired about being able to purchase CBD products, and the Oregon and Washington pilot aims to "better meet the needs and preferences of [Rite-Aid's] customers in those areas." The company reported a $255.6 million loss after seeing smaller profits from generic drug sales during a fiscal fourth quarter earnings call.