An Earth Fare worker displays a cheese wheel for customers on opening day in Fairfax.

The Fairfax store is the chain’s first in Northern Virginia. 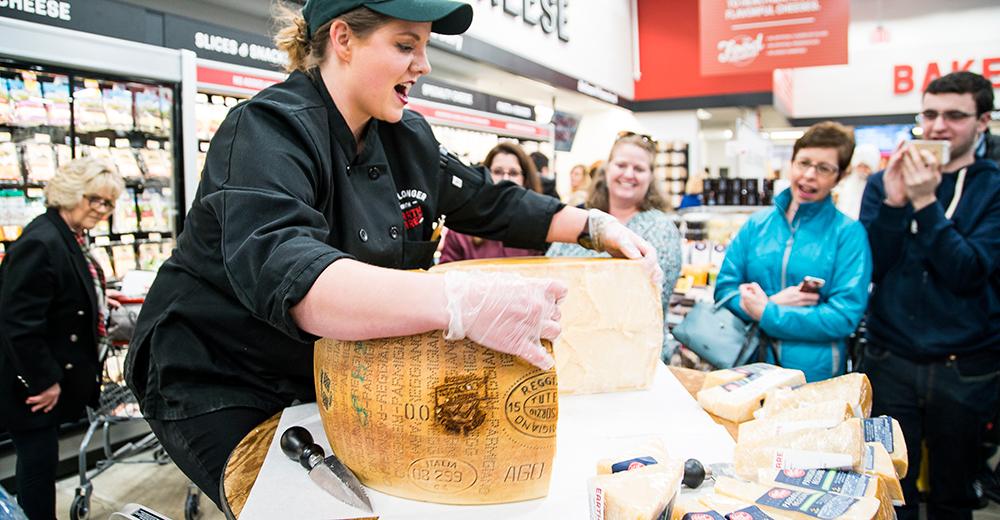