Whole Foods Market co-CEO Walter Robb often refers to his work not as a profession but as a “mission” to change the way people eat. His work to further that mission is affecting Whole Foods in profound and influential ways.

Robb’s roots in the natural food business date back to 1976 when he founded the Mountain Marketplace natural food store in California. He later partnered with a similarly fervent entrepreneur, John Mackey, who in 1991 offered Robb equity in his growing company, Whole Foods Market, in exchange for the lease of a store Robb was to open in Mill Valley, Calif. 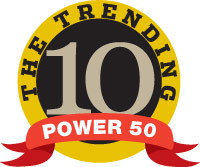 Beginning as manager of that Mill Valley store, Robb later became president of the Northern Pacific Region in 1993, where he grew the region from two to 17 stores. He became EVP of operations in 2000, COO in 2001, co-president in 2004 and co-CEO with Mackey in 2010. Today Robb oversees six regions and is on the Whole Planet Foundation board of directors. An organic advocate, Robb is a driving force behind Whole Foods’ product standards and its outreach to new markets, notably its expansion into economically disadvantaged Detroit.

“That was a high-profile, high-risk, high-investment project that according to the company has turned out to have beaten internal projections,” Jacobowitz said of the Detroit expansion. “[Robb] invested some political capital and several years of the company’s resources to reach out to the community and make sure they knew what Whole Foods was doing, and that it wasn’t just a flash in the pan, or a play for political points. They really wanted to find out how to serve the urban center of Detroit. And it broadened the company in the sense that it opened up a whole new set of opportunities for them.”

Robb has since called on suppliers and other retailers to follow his lead in making pure food more accessible.

As Whole Foods encounters more sophisticated competitors — many that today are benefiting from expanding into categories that at one time were more exclusive to Whole Foods — Robb has said that increasing product standards will be vital to the chain’s competitive profile.

“We’re working now on our new produce standards, which will begin to roll out this fall on conventional produce giving customers greater transparency, visibility into the quality of the product and the standard of the product,” Robb said.

“And again, our ability to communicate that clearly I think represents the type of differentiation effort that’s going to continue to set Whole Foods Market apart from other retailers in the marketplace.”