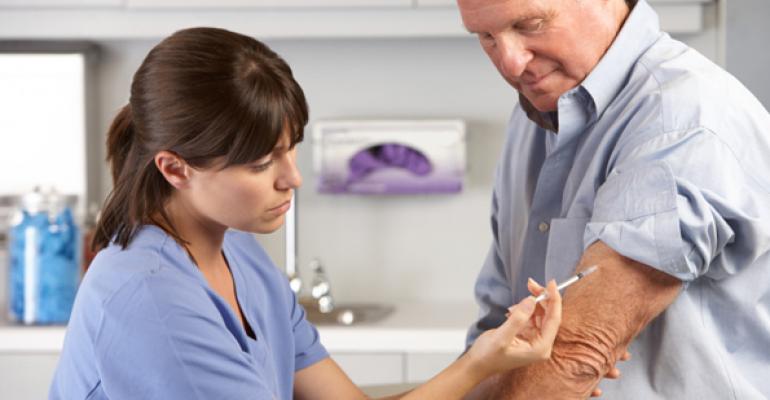 More than 200,000 pharmacists or two-thirds of U.S. pharmacists have completed immunization training provided by the American Pharmacists Association.

Retailers want to catch the flu — the flu-vaccine patient, that is.

As cold and flu season nears, chains have intensified promotional activity for in-store flu vaccines. Grocery and fuel discounts are a common theme.

• United Supermarkets, Lubbock, Texas, gives $5 off a grocery purchase to all those who get a flu shot or FluMist in September.

• Target, Minneapolis, is positioning itself as “Your One Stop for Flu Shots.” Flu shots count toward its Target Pharmacy Rewards program, which offers 5% off a day of Target shopping after five eligible prescriptions are filled.

• At Safeway, Pleasanton, Calif., each person who gets a flu shot at one of its pharmacies will get a coupon for 10% off a shopping trip.

• At Weis Markets, Sunbury, Pa., anyone who gets a $29 flu shot earns 10 cents off per gallon of gasoline.

The deal, which will be offered throughout flu season, puts Weis at a competitive advantage in flu-shot pricing, said Curtin.

“We are lower or at the same level of our competitors,” he said.

The promotion is part of a larger focus on immunizations at Weis, said Curtin. Its pharmacies have seen increased demand for shingles, pneumonia, whooping cough and tetanus vaccinations, among others.

While Weis has been in the flu shot business for more than a decade, its model has changed. Whereas it once used a third party for flu shot administration, its pharmacists have received immunization training, and have taken over the role. 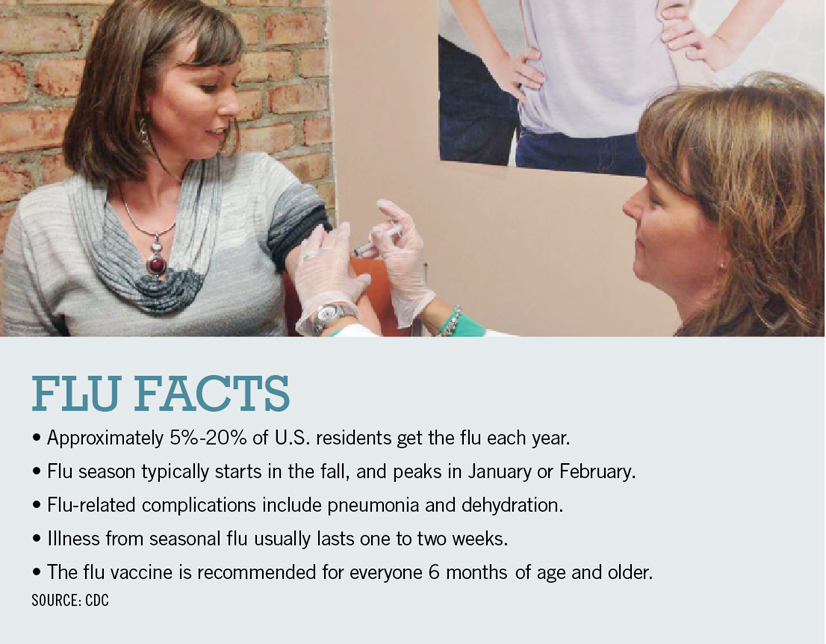 Indeed, more than 200,000 pharmacists or two-thirds of U.S. pharmacists have completed immunization training provided by the American Pharmacists Association, Washington.

Pharmacists complete a 20-hour training program focused on pharmacy-based immunizations. The program teaches the basics of immunology and focuses on practice implementation and legal/regulatory issues.

Pharmacists can administer all forms of influenza vaccines as long as state law allows them to administer to patients of the age those vaccines are indicated for (some states prohibit them from giving vaccines to children) and the patient’s insurance covers pharmacists administering the vaccine or the patient is able to pay for the immunization, according to Mitchel Rothholz, chief strategy officer of the APhA. Consumers benefit from pharmacist-provided immunizations in terms of convenience, Rothholz added. Patients can walk into a pharmacy when their schedule allows and receive a vaccine. Appointments are rarely needed, he added.

“Pharmacists are vital health care team members and are committed to improving the public health of communities,” said Rothholz.

The role of immunizations is growing so much in food retail that the Food Marketing Institute, Arlington, Va., is polling retailers on their flu-shot practices.

As part of a larger survey called “Retailer Contributions to Health & Wellness,” retailers are being asked if their stores provide flu shots, and/or vaccines for pneumonia, HPV and other illnesses. They are also asked if immunizations are provided in the pharmacy or in-store clinic.

The survey comes at a time when pharmacists have the legal authority in all 50 states to immunize.

There are more ways than ever to get immunized against the flu this season, according to the CDC. Among them:

• The regular “flu shot” — an inactivated vaccine that is given with a needle, usually in the arm. The flu shot is approved for use in people older than 6 months, including healthy people and people with chronic medical conditions.

• The high-dose flu shot. Approved for people 65 and older, this vaccine contains four times the amount of antigen (the part of the vaccine that prompts the body to make the antibody) contained in regular flu shots. The additional antigen is intended to create a stronger immune response in the person getting the vaccine.

• There’s a new vaccine that’s especially appealing for those with egg allergies. On Jan. 16, the U.S. Food and Drug Administration approved Flublok for adults 18 through 49 years of age. Unlike the production method for currently available seasonal influenza vaccines, Flublok does not use the influenza virus or chicken eggs in its manufacturing process. Flublok has a shorter shelf life, with an expiration period of 16 weeks from the production date. Flublok’s manufacturing process has the potential for faster startup of vaccine manufacturing, which can be useful in the event of a pandemic or vaccine supply short age, mainly because it is not dependent on an egg supply or limited by the selection of strains that are adapted for growth in eggs, according to the FDA. 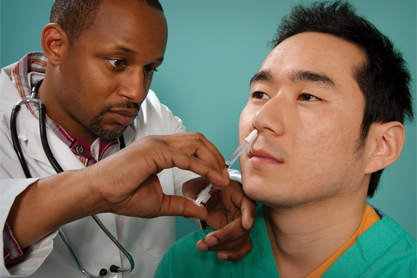 I• n addition to shots, there’s also the nasal-spray flu vaccine — a vaccine made with live, weakened flu viruses that is given as a nasal spray. The viruses in the nasal spray vaccine do not cause the flu. It is approved for use in healthy people 2 through 49 years of age who are not pregnant.

WASHINGTON — Manufacturers will produce between 135 million and 139 million doses of influenza vaccine for use in the United States during the 2013-2014 influenza season, according to the Centers for Disease Control and Prevention.

Most of the flu vaccine offered for the 2013-2014 season guard against three flu viruses.

About 30 million vaccines will be formulated to protect against four flu viruses. These are known as quadrivalent flu vaccines.