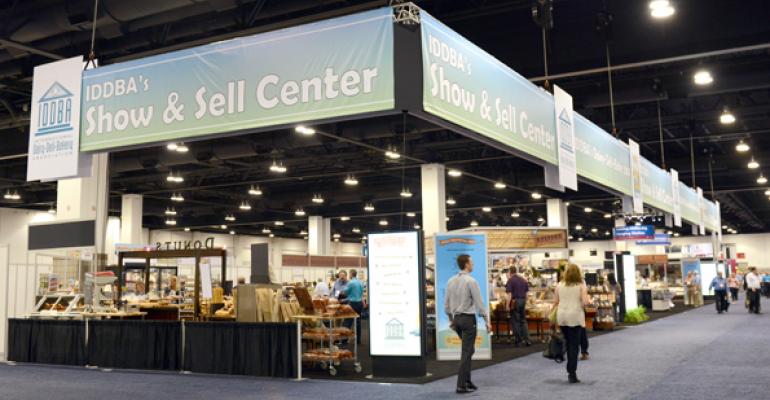 Though many concepts in the Show & Sell Center at IDDBA’s Dairy-Deli-Bake 2014 in Denver earlier this month may have been extravagant, there’s a lot that retailers can take back to their stores, volunteers said.

“What we try to do is do things that can be done at retail level, obviously,” said bakery team member Diana Buuck, a merchandising tech at Advantage Waypoint.

Retailers shouldn’t get hung up on copying what they see exactly.

“I think the biggest obstacle is the case that we use, so that they don’t have to go out and buy brand new cases. But as we try to explain to them when they come walking through, you can utilize these different ideas in any kind of case,” said cheese team member Sue Bosse, who works as a cheese merchandiser at Cheesette.

Even if it’s just an idea for a garnish, volunteers said they hoped the Show & Sell displays would have retailers thinking differently.

“And like I said, a meat case is a meat case, but this gives people ideas of how to merchandise a meat case. I mean, you wouldn’t go that wild in your store. But it shows that you can do something more than just putting chunks of meat in there,” said deli team leader Ron Fischer, who works at Coborn’s.