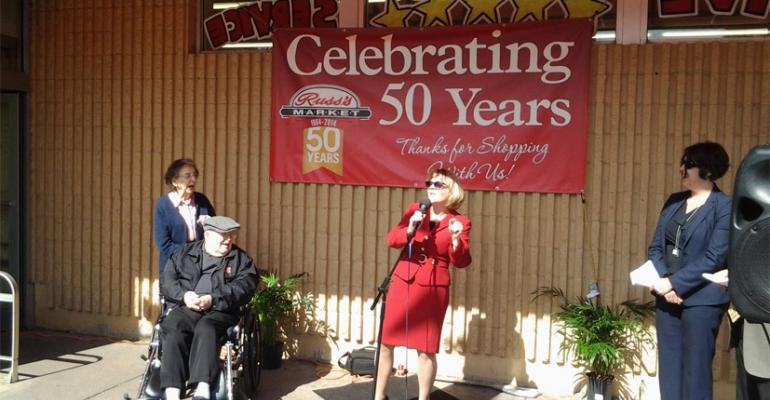 Russ’s Markets, Lincoln, Neb., is marking its 50-year anniversary with a series of promotions and in-store events.

It kicked off the anniversary celebration in May with a commemorative ribbon-cutting ceremony at its original store in Lincoln, Neb., which was opened in May 1964 by Russ Raybould and Clayton Burnett under the name B&R IGA.

According to Pat Raybould, Russ Raybould’s son and the current president of B&R Stores, parent company of Russ’s, “They were too busy launching a business to do a ribbon-cutting, so we thought it was fitting to get that done now.”

The anniversary celebration will include promotions during the year, along with customer appreciation events and prize giveaways.

Text and captions by Elliot Zwiebach