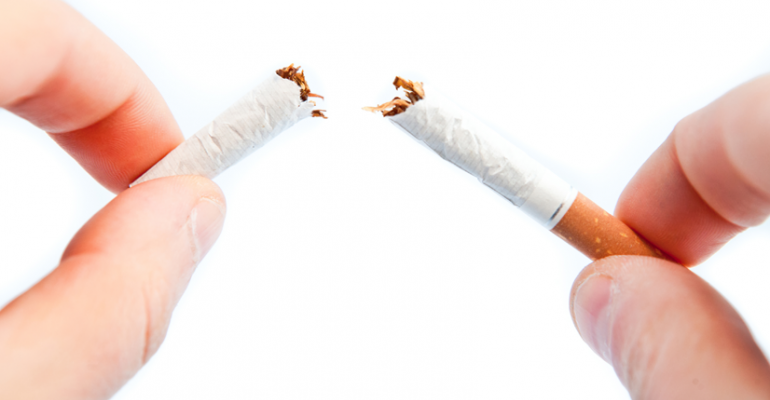 E-cigarettes have been around for several years, but it was only recently that the public has taken notice. The self-contained devices deliver vaporized nicotine in various strengths and flavors, and enhance the experience with a glowing tip and even the crackling sound of burning tobacco. The user also gets to exhale a cloud of odorless water-based vapor.

Is it enough to replace regular smoking? And, can supermarkets that took a moral stand and banned tobacco sales profit from offering these tar-free options?

Consumers would seem to be saying yes. Since 2010, retail sales of e-cigarettes have doubled to more than $300 million, and some analysts believe demand could top the $1 billion mark within the next several years.

A new report from Mintel on smoking cessation aids finds that's ales of smoking cessation products are projected to grow through 2017 reaching $1.2 billion in sales. For smokers trying to step down their habit, e-cigarettes might be just the ticket. For retailers, “the margins are quite attractive,” says Bonnie Herzog, an analyst for Wells Fargo.

Care to step outside for a vape?

Alcoholic beverages that go beyond beer
May 27, 2021