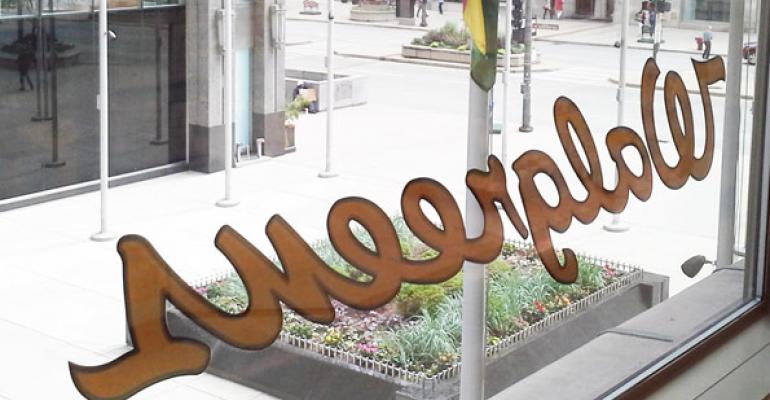 Two well-known brands in Chicago merged on June 25 when Walgreens opened its latest flagship store in the historic Wrigley Building.

“We had a presence on Michigan Avenue for a while, but the store was rather small,” said Phil Caruso, spokesman for Deerfield, Ill.-based retailer. “When the opportunity came to open in the Wrigley Building, it was too good to pass up.”

The two-story site covering almost 28,000 square feet is in the North Tower of the Wrigley Building, built in 1924 by chewing gum magnate William Wrigley, Jr.

Located on Michigan Avenue, a major shopping thoroughfare, Caruso said the new Walgreens will fill the needs of locals as well as those of millions of tourists who visit Chicago each year. “It’s an opportunity to make it a destination experience,” he said.

The site is Walgreens 14th flagship store, and its third and largest in Chicago.

Captions and photos by Cora Weisenberger