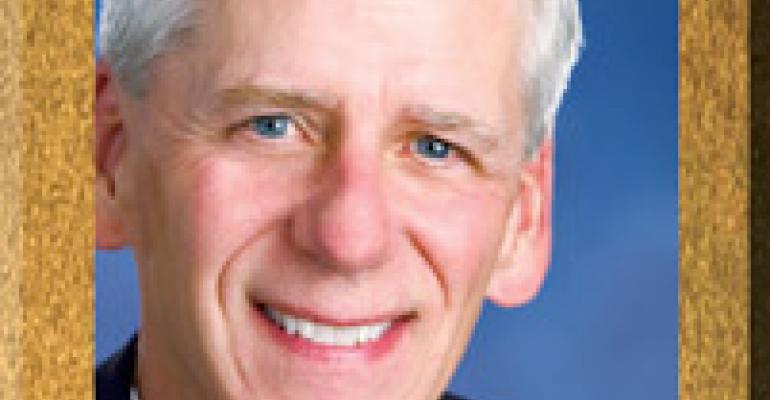 Despite Publix Super Markets posting record earnings in fiscal 2010, Ed Crenshaw is by no means resting on his laurels. Instead, the unassuming chief executive officer is aggressively ridding the company of distractions to its service-oriented grocery business.

Earlier this year, the chain exited the convenience care health clinic segment with the closure of the 40 Little Clinics in Florida and Georgia that it had hosted for the previous five years. Also on the chopping block was its Crispers fast-casual restaurant chain, sold to Healthy Food Concepts, an affiliate of the Boyne Capital Partners investment group.

The moves were made so as not to compromise Publix's signature emphasis on service and quality, Crenshaw told SN.

“As a grocery retailer, we strive to make every customer shopping trip a pleasure by meeting and exceeding their expectations,” he said. “In order to execute on our company strategies, we need the time, talent and resources of our associates focused on our core business competencies.”

The strategy is likely why Publix, one of the more proactive supermarket developers, has not expanded its specialty formats beyond three natural and organic GreenWise stores and four Hispanic-format Publix Sabor locations, said Neil Stern, senior partner at McMillan Doolittle, Chicago.

Rather, the locations are treated as testing grounds for items that may eventually make their way into Publix's new hybrid wellness locations, the first of which debuted late last year. The model combines the natural and organic offerings of the GreenWise banner with more mainstream products from conventional Publix locations.

Crenshaw credits this measured approach with allowing Publix to thrive, even during challenging financial times. “To remain the grocer of choice, we continue to expand our offerings, products and services, and monitor customer and associate feedback,” he said. “Before we roll out initiatives or new formats, we are deliberate in our approach to understand the relevance of the data.”

Publix also continues to please its loyal consumer base despite climbing commodity costs with buy-one, get-one-free deals; recipes that feed a family of four for under $15; and aggressive ad pricing. “We make every effort to absorb what we can, and we work closely with our suppliers to promote the right items,” Crenshaw said.

At a time when pricing strategies have required cuts to capital expenditures, Publix is among the few chains projecting increases in 2011. In a Securities and Exchange Commission filing earlier this year, it said it planned $710 million in 2011 cap-ex, up from $468.5 million in 2010.

“Our capital expenditures are in line with our growth expectation and our philosophy to reinvest in our existing locations while staying current with technology,” Crenshaw said.