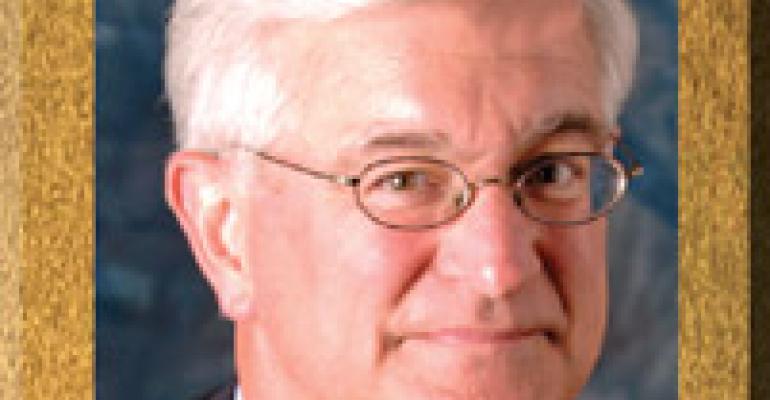 The chart compared Dollar General's relative price index with that of drug stores, grocery stores and supercenters. Dollar General was shown to be less expensive than drug stores (by 41%) and grocery stores (by 22%) and equal in price to supercenters. The price advantage stems in part from the chain's $1-or-less pricing for about 24% of its 10,000 stockkeeping units. That translates into customer loyalty, he said, adding, “The customer trusts Dollar General's position on EDLP.”

For Dreiling, this combination of value and convenience — both in store size and number of locations — is what makes Dollar General such a formidable competitor against other retail sectors. “We're a fill-in shop and we're proud of that position,” said Dreiling. “Even so, people are shopping at us more because of the convenience of our locations.” Dollar General's “share of wallet,” he noted, grew 4.3% in 2010.

Bolstered by favorable financials, Dollar General — already running more than 9,500 stores in 35 states — plans to get even more expansive. This year, the chain is committed to 625 new stores, 550 relocations/remodels and will enter Nevada, New Hampshire and Connecticut for the first time, adding California in 2012. New stores will average 7,600 square feet, with the additional space going to greater aisle width. The company will also be opening a few of its 17,000-square-foot DG Market stores later this year, having remodeled six of those outlets.

Looking ahead, Dreiling has identified 11,000 “additional opportunities” to open new outlets, including 8,000 in existing markets. In the Southeast, the chain will support those stores with a new distribution center in Bessemer, Ala., its 10th overall, expected to open in 2012.

Since joining Dollar General in 2008, Dreiling, a former Safeway and Vons executive, has orchestrated major changes, including a new product assortment and a new store program. Consumables, including grocery, refrigerated goods and HBC, now make up 71% of sales. “Dreiling was always a good merchant,” said Harris.