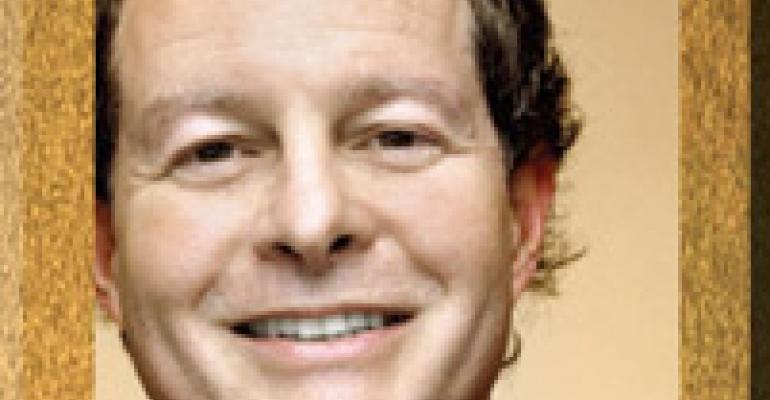 John Mackey appears quite content settling into a lower-profile, power-sharing role at Whole Foods Market after an intense period of recession and controversy.

Mackey, who turns 58 in August, seems quieter. His blog on Whole Foods' website has been silent since November; there have been no significant interviews since the chain's 30th anniversary celebration last summer. Most notable has been the absence of opinion pieces in the financial press, or major pronouncements on his economic theory of “conscious capitalism” — both of which raised eyebrows among Whole Foods' liberal-leaning customer base.

By his own admission, Mackey is spending more time bulking up the educational side of the retailer's wellness and sustainability efforts.

“I have become especially excited about the potential to help improve the lives of millions of people through better education about the principles of really healthy eating,” he blogged last spring. “And I'm helping lead these rapidly evolving efforts at Whole Foods Market.”

No one's eating organic humble pie, however. Mackey's brash nature shines through, as it did in May when he sketched analysts a future that takes the chain from 304 to 1,000 stores, “to grow as fast as we want to grow” in large part due to Whole Foods' lack of long-term debt and excellent cash position.

“The company has already accelerated its real estate pipeline and there is no doubt that the strong balance sheet facilitates accelerated growth,” said Scott Van Winkle, an analyst who tracks Whole Foods as managing director of Canaccord Genuity. “I don't see any near-term stumbling blocks.”

Mackey deserves to feel optimistic, following the big hit the chain took during the recession, when customers fled the aisles of natural, organic and gourmet products for less expensive alternatives. The chain survived by accepting new investors, building a value image and focusing on its most loyal natural/organic consumers — many of whom have since returned.

“This has been a major piece of management's emphasis since the recession hit and has clearly driven consumers back to Whole Foods faster than many thought,” said Van Winkle, “and allowed it to capture a higher percentage of its consumer's food dollars.”

Whole Foods is making good on its recession-time promise to return to its core values. During the past year, it's launched a color-coded sustainability rating system for wild-caught seafood, introduced a similar guide for household cleaning products and implemented an animal-welfare rating system for beef, pork and chicken sold in U.S. stores.

The retailer has also bulked up its ongoing Health Starts Here outreach campaign with nutrient scoring and a test of wellness clubs in select stores. These endeavors best reflect Mackey's blog statements, and do more than anything else to recast the image of a Whole Foods store as a lifestyle destination.

Expansion is very much on the agenda. Q2 results were the best in five years, with sales up 12% to $2.4 billion and net income up 33.3% to $89.9 million. Comps grew nearly 8% despite this year's late Easter holiday.

The growing cash flow has allowed the company to consider significant foreign growth, both in Canada, where it operates six stores, and Great Britain, where it has five units. Domestically, there's “plenty of runway left,” Mackey told analysts.

Even the rise of discount organic regionals like Sprouts Farmers Market and Sunflower Farmers Market — themselves well-capitalized and opening stores in new regions — don't seem likely to pose a threat as they expand out West.

“There will always be retailers selling cheaper foods, particularly produce, but consumers know that they get what they pay for and no competitor has a buying advantage over Whole Foods in organic produce or any natural/organic staple,” said Van Winkle.