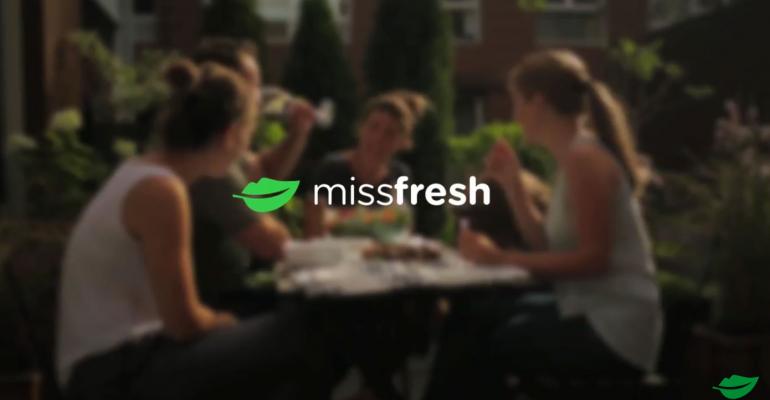 The CEO of Metro Inc. on Tuesday described the Canadian grocer’s recent investment in a start-up meal kit company as an addition to its “digital tool box,” with the potential to be something more.

Speaking in an earnings conference call, Metro CEO Eric LaFleche (pictured) said the investment in Miss Fresh, which was announced earlier this month, could provide the company with the opportunity to sell meal kits in stores and market to meal kit shoppers, while positioning itself to benefit from the growth of the meal kit business and Internet shopping in Canada. Financial terms of the deal were not disclosed, but Metro said the three co-founders of Miss Fresh would retain a 30% ownership stake in the business.

“We keep abreast of all emerging trends and different things that are happening, and how people buy food and who buys and what they buy and how they cook and not cook,” LaFleche said. “We've been looking at [the meal kit industry] for a little while. We talked to a few different players. We wanted to see what was the best fit for us. We liked the partnership model where we keep founders interested. This is a very small business, with a good young team with good technology. So, it was basically a small investment with good promise for future development, and we'll see where it goes.”

Miss Fresh, he added, “is just another tool in the tool box for digital. And we also think it fits in well with our in-store offer in the Metro banner. And we think we can sell meal kits in our stores and do some cross-pollination or synergies between the two.”

Miss Fresh was founded in 2015 by entrepreneurs Marie-Eve Prevost, Bernard Prevost and Ritter Huang. It operates a small prep facility near Montreal.

For the 16-week quarter ended July 1, Metro reported sales of $4.1 billion (Canadian), an increase of 1.4% from the same quarter last year, while same-store sales dipped by 0.2%, reflecting a slowdown in store traffic slightly offset by higher average rings. Deflation of about 1% during the quarter triggered highly promotional competition, he added, and generally poor spring weather also negatively affected sales, he said.

Echoing accounts of counterparts at Loblaw Cos., LaFleche predicted supermarket operators in Canada will face “significant pressure” should proposed minimum wage increases go into effect in Ontario, but said he was confident Metro would find ways to offset the added expenses.

“The trouble with the announced minimum wage increase is not only the size of it, it's the pace of it mostly,” LaFleche said. “I don't want to comment on what's the appropriate minimum wage. That's not my job. Our job is to manage our cost. So, we will focus on what we can control.”