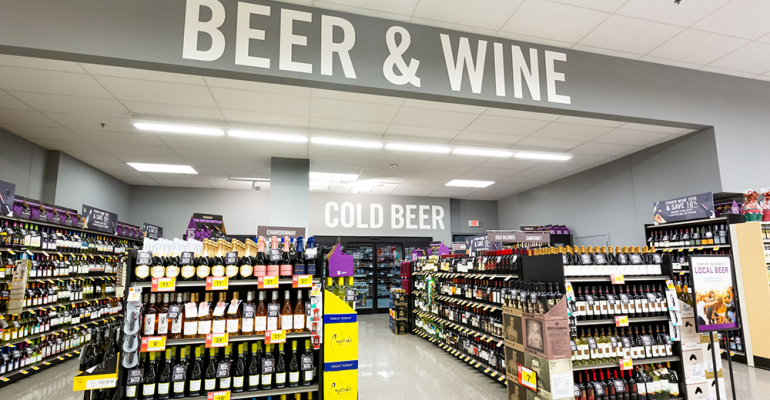 Giant Food is looking to be on shoppers’ short lists of places to go for high-quality yet affordable wine.

The Landover, Md.-based supermarket chain this week began promoting award-winning and highly rated wines in stores, including Artisan Vintners Wine, a private label exclusive to the retailer. Efforts include additional signage, a prominent display space dedicated to the brand and marketing in the retailer’s Savory magazine. 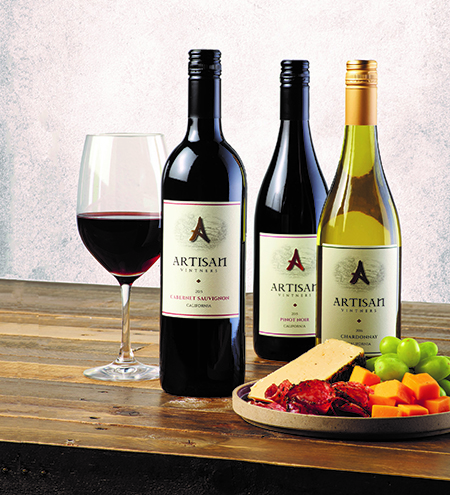 Jeffrey Pygott, category manager for beer and wine at Giant, curated the Artisan brand in tandem with Larson Family Winery, a Sonoma, Calif.-based vintner. Pygott, who has more than 30 years of experience tasting wines from around the world, tastes and hand-selects all wines on Giant shelves.

At any given time, Giant locations with a wine and beer selection carry up to 1,200 varieties. The grocery retailer said it now has wine and beer sections at 67 stores in Virginia, the District of Columbia and Maryland.

"Artisan Vintners Wine is a line we are so proud to be able to offer our shoppers," Pygott said in a statement.

This year, at the Indy International Wine Competition, Artisan won silver medal awards for its 2016 Chardonnay, 2015 Cabernet Sauvignon and 2015 Pinot Noir wines. The chardonnay features bright aromas of golden apple and pear with a hint of lime, while the cabernet offers intense aromas of cassis and dark cherry plus a hint of blueberry, toffee and nutmeg. Giant said earthy undertones of spice and cedar balance cherry and strawberry flavors in the pinot.

"Each award-winning variety was recognized for both flavor and quality, and shoppers can experiment its versatility at home by trying pairings with numerous foods," Pygott said.

Besides the private label, Giant also carries a collection of highly rated wine at discounted prices for shoppers. Those offerings include the 1907 Malbec, Time Waits For No One Red, Tonel 46 Malbec and Villa Pillo Toscana Red.

In upgrading its store base, Giant has put more emphasis on wine and beer. The company said earlier this month that a $175 million, two-year program to open one new store and remodel 24 will include an enhanced beer and wine assortment. The bigger selection also is part of remodeled stores opened last month in Herndon and Alexandria, Va., and a new store in Olney, Md., due to open next spring. Overall, the Ahold Delhaize USA chain operates 164 stores in Virginia, Maryland, Delaware and Washington, D.C.

Private label wines, in particular, have gained traction at supermarkets as the quality level has risen and the pricing has caught the eyes of consumers, according to the Private Label Manufacturers Association (PLMA).

At the 2018 PLMA Trade Show in Chicago, wine experts and grocery industry participants in a wine-tasting event and discussion said supermarkets can become wine destinations by carrying an assortment of high-quality private brands, which can cost a third less than similar bottles from the nation’s largest wine producers.

“Why not buy the retailer’s own brands of wine at the supermarket and save? That’s the way it works in Europe. So why shouldn’t it work that way in the U.S.?” asked wine writer Jeff Siegel, whose “The Wine Curmudgeon” blog is a leading wine website. “Imagine how happy their wine-drinking customers would be hearing they can buy terrific sparkling wine for $5? They’d be waiting in line for the store to open, too.”

PLMA noted that wines from retailers like Costco, Trader Joe’s and Aldi were honored at the show with its International Salute to Excellence Awards, which reviewed over 300 wines from 39 supermarket chains in 13 countries. The association also pointed out that Whole Foods Markets last year introduced a seasonal wine program, and Walmart launched its curated wine label at competitive prices.

And Siegel thinks U.S. supermarkets can branch out from popular wine varieties like chardonnay and cabernet sauvignon. “That should be just the beginning. It shouldn’t be three wines, but dozens of wines. Why not a $6 rose? Or an $8 sauvignon blanc? Or a $9 pinot noir?” he said. “The idea that quality wine has to cost a certain amount is as old fashioned as a dial telephone. Otherwise, how would the Europeans be so successful?”