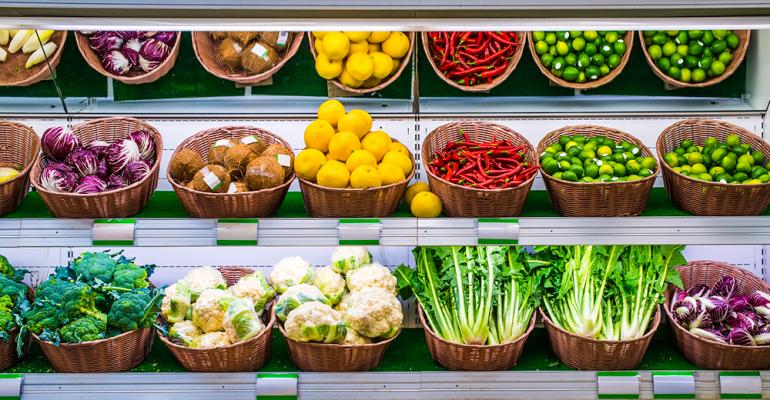 Organic fruits and vegetables are still the standard bearer for the sector, according to a recent report by the Organic Trade Association (OTA).

The $15.6 billion dollar slice of the industry remains the gateway to organic products for many shoppers. It accounts for nearly 40% of all organic food sales and currently enjoys an 8.4% growth rate. The overall fruits and vegetable industry currently sits at a 3.3% growth rate.

“In the produce aisle the benefits of organic are probably the easiest to understand,” the report said. “We touch the fruit or vegetable, smell it, and immediately make that connection between that carrot, for example, growing in clean healthy soils and putting it into our bodies.” Organic meat and poultry are also on the rise, climbing more than 17% in 2016 to $991 million. It was the category’s largest ever yearly gain. THE OTA is optimistic that sales will eclipse the $1 billion mark for the first time ever in 2017.

Overall the entire organic realm saw sales total about $47 billion in 2016. In 2007, sales did not crack $20 billion, but the numbers rose steadily over the course of the decade.

Last year’s stats are nearly a $4 billion improvement on the 2015 showing, which was the first time that the organics eclipsed the $40 billion threshold.

Together, organic foods represent 5.3% of total food sales in the United States.

The news is clearly positive. However, OTA CEO and Executive Director Laura Batcha touched on a challenge that rising sales numbers have generated while discussing the results at OTA’s Annual Policy Conference on Wednesday.

"Organic products of all sorts are now found in the majority of kitchens and households across our country," said Batcha. "But the organic sector is facing challenges to continue its growth. We need more organic farmers in this country to meet our growing organic demand, and the organic sector needs to have the necessary tools to grow and compete on a level playing field. That means federal, state and local programs that help support organic research, and provide the organic farmer with a fully equipped tool kit to be successful."

The report’s results are based on a survey of more than 200 companies and was conducted between early February of 2017 and late March.