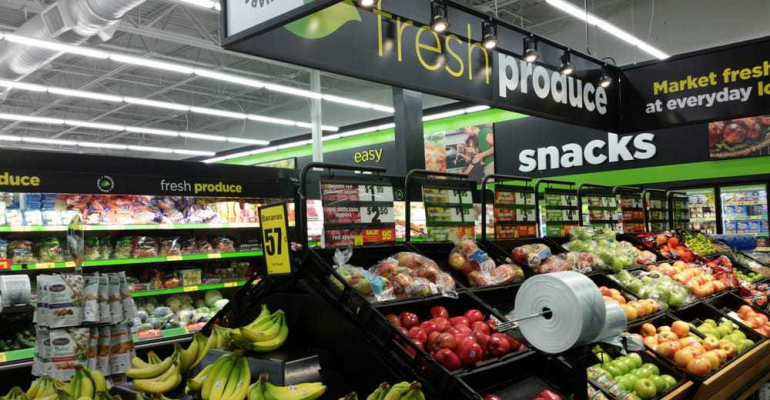 Getting produce from a dollar store doesn’t necessarily mean compromising on quality, a study by the University of Las Vegas (UNLV) found.

UNLV’s research concluded that the quality of fruit and vegetables at dollar discount stores is as good as the produce at conventional grocery stores. For the study, results of which UNLV posted last week, fruit and vegetables at 14 dollar stores were compared in terms of color, cleanliness, freshness and firmness with produce at 40 traditional food retailers in the Las Vegas metropolitan area.

“The dollar store fruits may be ripe — and you’ll have to eat it soon — but it’s completely good quality,” according to study lead author Courtney Coughenour, a professor at the UNLV School of Community Health Sciences professor.

Acceptable produce was defined in the study as fruit and vegetables being in “peak condition, top quality, good color, fresh, firm and clean.” UNLV said its research team detected no significant difference in quality for produce sold at dollar stores versus traditional grocery stores, although dollar outlets offered less variety of fruit and vegetables. For example, none of the dollar stores in the study carried pears.

What’s more, the researchers found that 84% of produce and 89.5% of non-produce items cost much less at dollar stores. Whole wheat and white bread were the only items that the study found to be more expensive at dollar stores when compared to traditional grocers.

“We are conditioned to believe that cheap, quality produce is too good to be true. If the quality is good and it’s cheap, why not take advantage of the lower price?” Coughenour commented.

UNLV noted that its findings, recently published in the International Journal of Environmental Research and Public Health, could aid public health efforts to boost accessibility to affordable, nutritious food. The study said 17.3 million people across the country live in “food deserts,” defined by the U.S. Department of Agriculture as low-income areas more than one mile from grocery stores.

In its research, UNLV posited that “channel blurring” — retailers diversifying their offerings beyond their core products (such as dollar stores adding a food section, drug stores carrying toys or supermarkets selling patio) — could help families across socioeconomic lines bridge a nutrition gap. 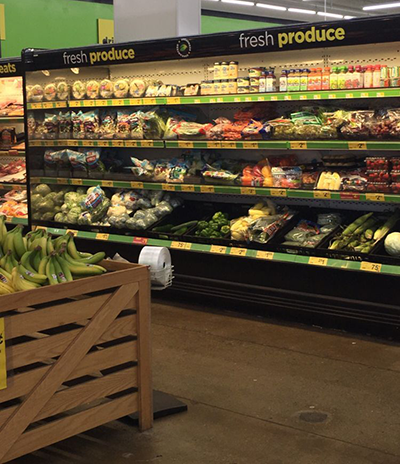 “Our study indicates that channel blurring at the dollar discount stores results in access to healthy, quality produce and affordable food options,” the study said. “Because cost, quality and accessibility are established barriers to healthy eating, dollar discount stores can serve as community assets that increase access to quality, affordable food.”

Dollar stores’ market reach is extensive. The top two retail operators alone account for almost 31,000 stores, with Dollar Tree (including Family Dollar Stores) at 15,390 stores and Dollar General at 15,358 stores, according to the 2018-19 Supermarket News Top 75 List of grocery retailers and wholesalers.

Goodlettsville, Tenn.-based Dollar General, for one, has been ramping up its food selection, including produce. In December, CEO Todd Vasos said the chain plans to remodel more stores to include extra refrigerated space and a fresh produce section, as well as step up its “Better-For-You” initiative to offer healthier consumables.

To that end, Dollar General has been converting more locations to the Dollar General Traditional Plus (DGTP), which houses more coolers. Stores targeted for the DGTP remodels have fewer than 12 cooler doors. Chainwide, the retailer was aiming to have an average of 20 cooler doors per store by the end of its 2018 fiscal year Feb. 1.

For fiscal 2019, Dollar General plans to open 975 new stores and remodel 1,000 mature stores. Of the remodels, about 500 will be DGTP conversions and about 200 will add produce. Vasos said at the time that the chain sold fresh produce in 425 stores.