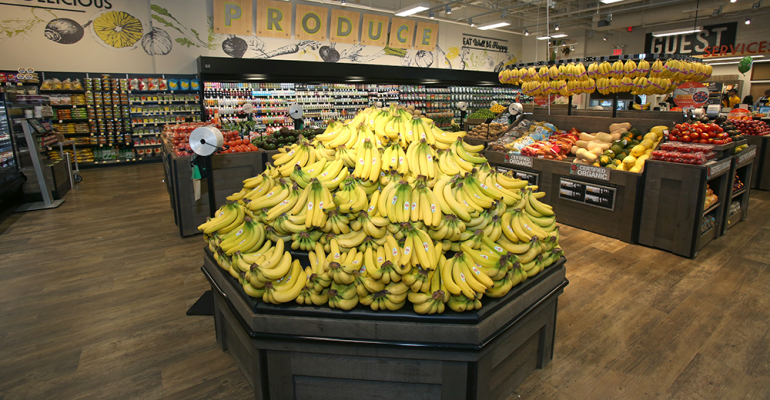 But younger shoppers not tied to traditional grocers, FMI finds

Supermarkets remain the go-to retail venue for fresh produce, but their pull is weaker among younger shoppers, according to the Food Marketing Institute’s 2019 “The Power of Produce” study.

Half of all shoppers cited a full-service supermarket as their primary store for purchasing fresh produce, according to FMI’s report, released Friday. That finding gives traditional grocery stores a leg up on other retail formats, given that 55% of grocery trips include fresh produce. 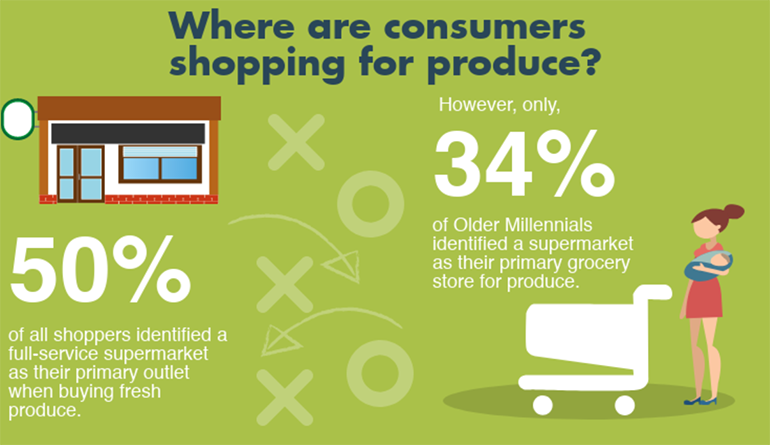 Still, the FMI study revealed that the younger generation exhibits a greater affinity for buying fresh fruit and/or vegetables at supercenters and alternative retail channels, including online, dollar stores, convenience stores and farmers’ markets. Of consumers polled, just 34% of older Millennials named a supermarket as their primary store for produce.

“The new study aims to reinvigorate the produce category and serve as a reminder to grocery retailers that they can’t get too comfortable as the leader in sales,” Rick Stein, vice president of fresh foods at FMI, said in a statement. “Specifically, the study suggests a need for a renewed focus on strategies for continued growth, including organic, locally grown produce; value-added produce for time-starved customers; produce-based beverages and private branded produce.”

The appeal of local produce is clear: 53% of shoppers want a greater assortment of locally grown fruit and vegetables, the analysis found. But FMI noted that retailers must be consistent in what they mean by “local,” given that the definition among those surveyed had a wide range, with the average response being an 88-mile radius.

Time-squeezed customers, too, may take a liking to the meal- and snack-ready appeal of value-added produce, whether it’s cut, chopped, halved, hearts, microwavable or in snack packs, FMI said. Fifty-nine percent of shoppers said competitive pricing could nudge them to buy value-added produce, and 35% reported that a longer shelf life could prompt them to do so.

Fresh fruit and vegetables also show potential to fit into more eating occasions. Although 36% of consumers polled said they eat fresh produce about three times a week or less, they would like to include it more frequently in meals or snacks, FMI found. The study said 56% of shoppers buy veggie shakes or fruit smoothies, and 53% buy cold-press juices. Those figures don’t include similar beverages people make at home or purchase from other areas of the store, such as kombucha.

In addition, consumers may be swayed to “spend more instead of buy more,” FMI noted, explaining that more premium baskets with value-added, locally sourced and organic produce will serve the needs while adding to the retailer’s bottom line. Similarly, telling the story of a product’s freshness, the farm where it was grown, the product’s uses and its nutritional properties can “add an element of discovery” for customers, according to the report.

“Since produce is becoming more widely available as subscriptions — and available across drug and dollar, or even at the airport — the opportunity to differentiate the produce category in grocery is ripe for consideration,” Stein added.