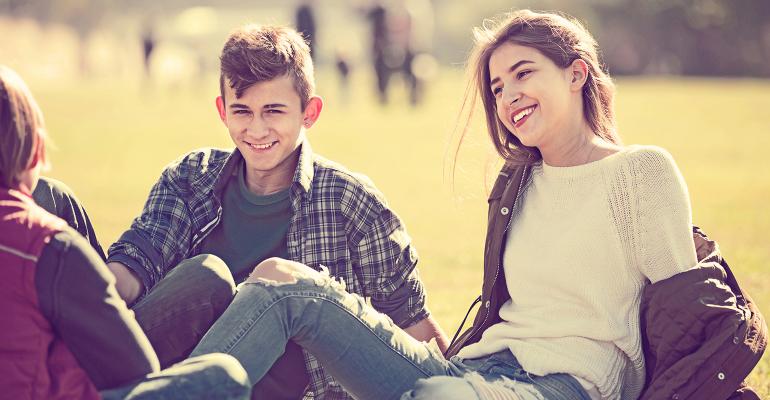 Will Gen Z order from AmazonFresh?

This and more from United Fresh

The future of fresh isn’t Amazon. That was the overwhelming sentiment during a panel of Gen Z Chicagoans at United Fresh’s Fresh MKT yesterday.

The idea of ordering fresh grocery food from Amazon did not appeal to these customers, who said they felt food ordered from AmazonFresh would be “too handled,” “not ripe,” “not the best quality” or “might be damaged.”

The panelists, however, were not opposed to ordering food from places like Uber Eats. The difference in their minds was that a restaurant-produced meal delivered to the home would be of better quality than fresh grocery items delivered to home.

Here are some other highlights from the conference:

“What the meal kit providers are doing is putting the trends of healthy and convenience together and allowing people to do that at home. What they aren’t doing is providing that at a value. I would like to see the next innovation being able to hit all three of those things at once (convenience, health, value),” said Ed Brooks, director of decision science at Ibotta.

Tom Williams, director of produce & floral merchandising at Coborn’s, said meal kits with extra flavor (i.e., taking a taco kit and making it into a street taco kit) was the idea he saw as the biggest for growth.

On changing demographics and retailer impact:

“As the demographics are changing in our country, there are a lot of voids and we don’t know how different groups eat,” Williams said. For example, he was asked what Somali people eat because there were more Somalis as the oil industry picked up in North Dakota. He said there wasn’t a lot of research around that particular population and eating preferences.

For Northgate Gonzalez, the best growth item was Mexican Mother’s Day, which is always May 10. Alfonso Cano, director of produce, said this year was crazy, even outselling traditional Mother’s Day this year. “It’s always big but this year was bigger. There are other Mexican holidays that are off the calendar that you should look at,” he suggested to retailers.

On areas for innovation and growth:

Northgate’s Cano is using things like a made-to-order guacamole bar to help upsell items already being sold in the store. When you provide customers with a visualization of how to encompass different items in a tasty way, that can help drive sales.

For Mexican Mother’s Day, a recent success has been with its Chop Shop, a produce butcher station in the stores that started nine months ago. “We can get all the coolest things in but we are challenged with trying to figure out how to get customers to actually buy it, “ Williams said. “You have to create a story around it.” He said they were able to get people to try the juice by providing them the experience of watching the produce butchers cut and juice the produce in front of them. Once they were willing to try the juice, they were much more apt to purchase it. “That’s where we have an advantage over online because people can feel, smell, see it.

“Give yourself the ability to try things and fail; will help to innovate even when you don’t have the facts,” he added, saying Coborn’s created the Chop Shop nine months ago without having the ROI figured out.

On the impact of social media:

“It used to be what recipe is being published in the Sunday paper,” said Coborn’s Williams. “Now we have to be worried about every thing posted online and on social media,” saying that when Beyonce posted a photo of where she was wearing a kale salad, Coborn’s had to respond to meet the craze generated by the post.

On getting the right floor staff:

Cob: “We don’t call it an interview; we call it an audition — we’re trying to get in the right personalities,” Williams said.

At Northgate, sales people are put on the floor because they are good at selling.