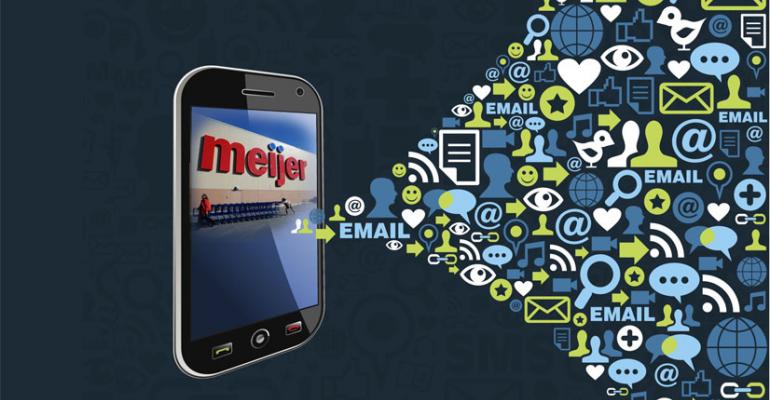 On Facebook and Twitter, Meijer shoppers can not only learn about the different types of local produce stores are selling, but also which farm the product was sourced from.

“The locally grown cabbage sold in stores in Illinois this week is from DeGroot Farms in St. Annes, IL,” Meijer wrote on Facebook last Wednesday.

The chain has been working to better acquaint shoppers with individual suppliers. In May, Meijer profiled some of its local farmers by posting photos on Facebook of them standing on their farms.

Through an infographic promoted on Facebook and Pinterest, the chain pointed out that it buys 75 different local produce items each year, including 3.5 million pints of Michigan blueberries, 11 million ears of local corn and 1 million pounds of Michigan asparagus.

Thirty percent of Meijer’s produce during the peak seasons is locally grown, the retailer noted in a news release earlier this year. Meijer has expanded its partnerships with local growers and businesses by 25% over five years, now with 100 different partners.