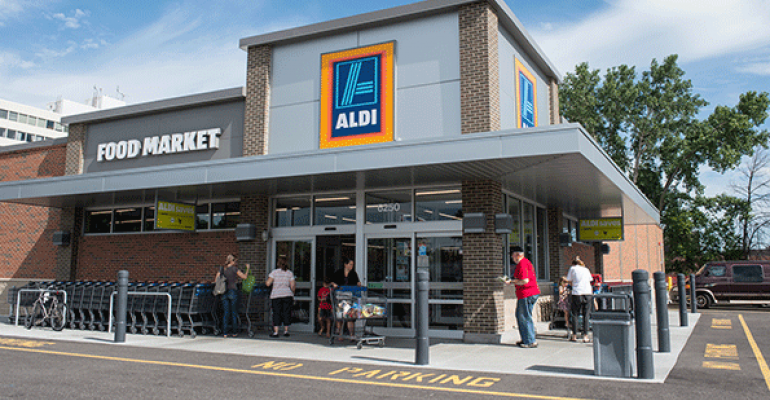 Aldi, the food retailer demonstrating new possibilities for the limited-assortment discount format, has been selected as this year’s winner of the Retail Achievement Award by SN.

The award, presented annually since 2003, recognizes an outstanding accomplishment by a retailer that boosts its business and serves as an example to the wider industry. Aldi is this year’s recipient, based on its success expanding its range and its reach.

Responding to changing consumer preferences, Aldi has reinvented its private label range behind on-trend offerings such as gluten-free, clean ingredients and “black label” specialty products, and has expanded fresh including organic produce at market-leading prices.

These new offerings have improved sales volumes, as well as Aldi’s appeal to a wider swath of the population.

The sales momentum is concurrently fueling a $3 billion expansion spree that will see the Batavia. Ill.-based retailer add more than 650 new stores by 2018, including its first stores in California, set to open early next year.

In an exclusive interview to be published online and in SN’s September issue, Jason Hart, Aldi’s U.S. CEO, discusses how keeping an eye on consumer tastes while maintaining its cost-effective approach allowed Aldi to respond.

“We’ve been very happy to the changes we’ve made in the business,” Hart said. “You can’t stand still. You have to continue to move, and you can’t say ‘no’ when changes come about. The consumer changes, trends change, products change, and we have to evolve as well."