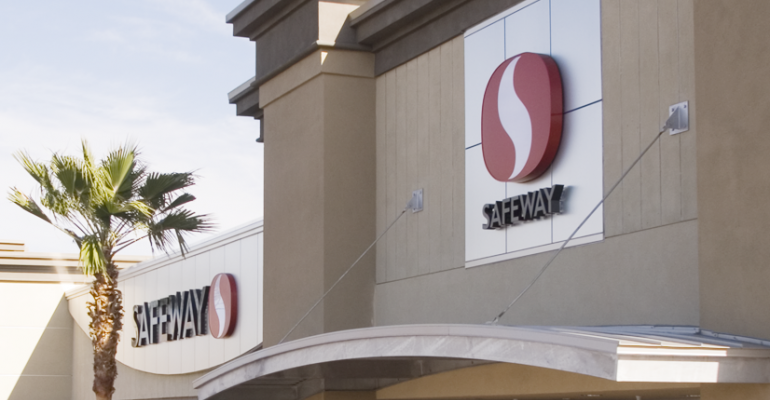 PLEASANTON, Calif. — A new investor in Safeway is urging the retailer to sell stores in markets including Chicago, Arizona and Southern California — and is used to getting what it wants.

A source close to Jana Partners told SN last week that the activist hedge fund — which earlier this month disclosed it had acquired a 6.2% stake in Safeway — also sees opportunities for Safeway to return more to shareholders by spinning off more of its Blackhawk Network gift-card subsidiary, buying back more shares and simplifying its corporate structure.

The Jana investment was evidently the impetus for Safeway’s adoption of a “poison pill” takeover defense that would flood the market with shares if and when a buyer acquires more than 10% of its stock. But sources told SN last week that such a plan did not necessarily preclude the retailer from implementing the suggested changes. And there was also no indication last week whether Safeway necessarily disagreed with the investors’ analysis or recommendations.

A source told SN last week that Jana’s representatives had already presented their recommendations and were awaiting a response from Safeway. Brian Dowling, Safeway’s vice president of public affairs, declined to comment on specifics of meetings with Jana but told SN: “We take the views of all shareholders seriously. We regularly speak and meet with investors and shareholders. And we are always open to considering good ideas from shareholders.”

Safeway in a statement announcing the shareholder rights plan mentioned its own strategic initiatives including the Blackhawk IPO and the pending sale of its Canadian assets. “The board believes that the rights plan will help ensure that the company can continue to implement its strategic plan and maximize the long-term value of the company for all shareholders.”

Led by Barry Rosenstein, Jana Partners describes itself as “a value-oriented investment advisor specializing in event-driven investing.” It typically buys shares in companies it believes are undervalued and influences the boards of those companies to adopt measures Jana feels will increase shareholder value. In cases where Jana and its target company disagree — such as a previous investment in CNet Networks — Jana will move to replace some or all of the board of directors with its own candidates. The source familiar with Jana described this, however, as a “nuclear option” and a “last resort,” saying most often Jana’s objectives have been achieved though talks with executives and board members.

Jana in its filing advocates that Safeway exit “subscale and lower margin geographies.” A source said those include Southern California, Arizona and Chicago, where its Dominick’s chain has long struggled. “They are not things that are huge leaps. It’s hard to dispute that they have assets that are not performing well.”