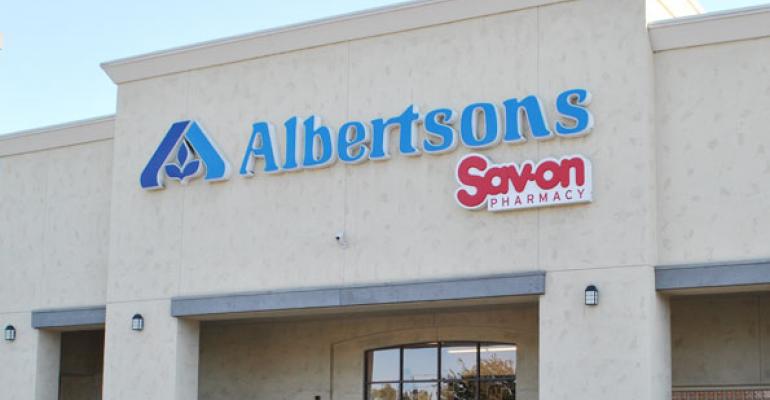 &ldquo;With this ownership transition, we see a chance for United&rsquo;s impact and legacy to grow for decades to come.&quot; &mdash; Matt Bumstead, co-president, The United Family

BOISE, Idaho — The agreement by Albertson’s LLC here last week to acquire 50 stores and other assets from Lubbock, Texas-based The United Family — formerly United Supermarkets — could have positive implications for both companies, principals from the companies said.

However, some industry observers wondered why a company whose original aim was to improve operations at underperforming stores to sell them at a better price would be expanding its store base.

According to executives at the two companies, United stands to benefit from increased capital to invest in and expand its store base, while Albertson’s, which operates 76 stores in Texas, could benefit from the strong, positive reputation United has in the state.

, chief executive officer of Albertson’s LLC, said he sees “an exceptional opportunity to invest in and grow the [United] brands.”

Matt Bumstead, co-president of United and a member of the family that has owned the chain for 97 years, said, “With this ownership transition, we see a chance for United’s impact and legacy to grow for decades to come.

“With the strength and stability Albertson’s LLC has to offer our team members, we believe this new ownership can take United’s vision and mission to places and levels previously beyond our reach. We believe United’s best days are all ahead.”

According to Scott Moses, managing director for Sagent Advisors, the New York-based investment banking firm that advised United, “United is an iconic brand in North and West Texas, with a reputation that goes back to the chain’s leadership and its connection with the customers, communities and employees it serves.”

He said he believes the two companies should make a great fit.

“If you’ve got 50 United stores that are iconic and you combine those with the 76 stores Albertson’s operates in Texas, you end up with a better regional business for everyone involved. And I think both companies are going to learn a lot from each other and make each other better.

“From both a cultural and operational standpoint, Albertson’s LLC is a great partner for United.

“Culturally, Albertson’s has a clear commitment to United’s customers, communities and employees. And United will continue to be a local pillar in the region, remaining somewhat independent under the larger Albertson’s LLC corporate umbrella.

“Operationally, Albertson’s should enhance United’s long-term competitiveness by providing scale benefits, such as buying power and various best practices from its 600 stores.”

Albertson’s LLC will acquire 50 supermarkets — operating under the United, Market Street and Amigos banners — along with seven convenience stores and 26 fuel centers operating under the United Express banner; plus Llano Logistics, a wholly owned subsidiary that operates two distribution facilities in Lubbock and Roanoke, Texas; and two wholesale divisions — R.C. Taylor Distributing, which distributes tobacco, candy and general merchandise; and Praters, which manufactures a variety of prepared foods.

One industry observer told SN Albertson’s LLC might have been more interested in acquiring United for its executive talent and its systems — the reasons Cerberus Capital Management, Albertson’s LLC’s investment partner, was pursuing Harris Teeter before Harris Teeter was ultimately sold to Kroger Co.

However, he noted that when Albertson’s LLC was formed in 2006 its stated purpose was as a short-term investor more interested in turning the stores around and selling them to strategic investors or divesting underperforming locations to other type of businesses for the real-estate value.

“Assuming it was able to strike a reasonable deal with United, then Cerberus might have determined it could do better when it decides to sell off the real-estate assets, even though it meant increasing the number of stores it owns and operates in the short term,” the observer said.

Once the transaction is completed — probably by the end of October — United will operate as a new business under Albertson’s LLC’s corporate structure, with Robert Taylor, United’s current CEO, as president.

Taylor said United will continue to make decisions locally — similar to the decentralized approach among other Albertson’s divisions — “and maintain a strong commitment to our Texas communities, our guests and our team members. The opportunities presented to us to invest in our stores and grow with this transaction are tremendous.”

According to Miller, “United has built an exemplary operation in Texas, complementary to our own go-to-market strategy in many respects. The family and leadership team have done a tremendous job establishing and perpetuating a remarkable service culture and commitment to fresh, quality foods throughout their stores.”

“They’ve also developed strong community programs that have engaged team members and given back tremendously to their Texas communities, just as our Albertsons stores do every day.

Albertson’s LLC is one of two divisions of AB Acquisition LLC, which is privately owned by Cerberus and a coalition of four real-estate companies.

Of the 76 Albertsons stores in Texas, 50 are in the Dallas-Forth Worth metroplex.

According to an Albertsons spokeswoman, there is overlap at only a handful of locations — with each company operating single stores in Amarillo, Abilene and Wichita Falls, though United has six Market Street stores in the metroplex.

An Albertsons spokeswoman said no decisions have been made on whether any banners will be shifted. “It’s too early in the process to determine that,” she told SN.

While Albertson’s will retain the two United distribution centers, it already buys some of the items those facilities distribute from Associated Wholesale Grocers, Kansas City, Kan. The spokeswoman said it’s too early to determine how any overlaps in distribution will be resolved.