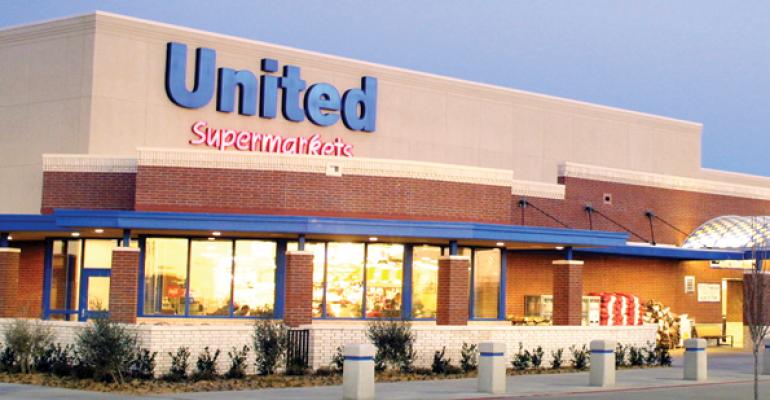 BOISE, Idaho — Albertson's LLC here said Monday it plans to build upon the brands operated by United Supermarkets, the Lubbock, Texas-based chain of 50 stores it has agreed to acquire.

"Our team feels there is an exceptional opportunity to invest in and grow their brands," Bob Miller, chief executive officer of Albertson's LLC, said.

According to Matt Bumstead, co-president of United and a member of the family that has owned the chain for 97 years, "With this ownership transition we see a chance for United's impact and legacy to grow for decades to come. With the strength and stability Albertson's LLC has to offer our team members, we believe this new ownership can take United's vision and mission to places and levels previously beyond our reach. We believe United's best days are all ahead."

Once the deal is completed — probably by the end of October, subject to customary government approvals — United will operate as a new business under Albertson's LLC's corporate structure, with Robert Taylor, United's CEO, as president. Taylor said United will continue to make decisions locally "and maintain a strong commitment to our Texas communities, our guests and our team members. The opportunities presented to us to invest in our stores and grow with this transaction are tremendous."

"We've learned over the last seven years that our decentralized operating strategy empowers local management to build stronger brands across diverse market areas," Miller said. "United has operated much the same way in its acquisitions of R.C. Taylor in 2007 and Praters in 2009 [so] it's a great fit between two great companies."

United, which has been family-owned since 1916, will continue to operate much as it does today following the acquisition, Miller noted, with decisions being made locally, similar to other operating divisions of Albertson's LLC.

Albertson’s LLC operates 76 stores in Texas, the majority of them in the Dallas-Fort Worth area. Prior to completing the deal with United, It has over 600 stores companywide and 11 distribution centers in 16 states.

Albertson’s LLC is one of two divisions of AB Acquisition; the other is New Albertsons Inc. (NAI), which operates Acme Markets, Shaw's and Jewel-Osco, three of the four retail chains acquired earlier this year from Supervalu by a partnership headed by Cerberus Capital Management. Albertson's LLC operates the Southern California Albertsons stores that were acquired from Supervalu.