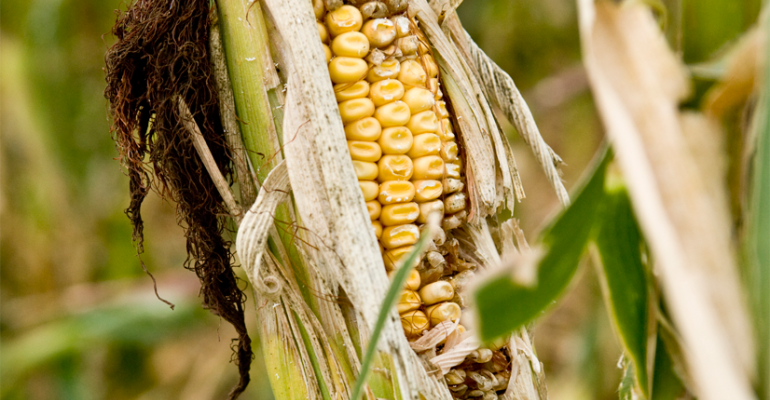 NEW YORK — The drought and weak corn yield this year will lead to higher wholesale protein prices and multiyear effects on the livestock industry, but those increases won’t translate directly to retail prices, according to panelists in the Penton Media webinar “What’s Ahead: Gauging the Drought’s Impact Into 2013” last week.

If there is a good corn crop next year, Alexander expects expanded chicken production by late 2013, pork in the second half of 2014 and cattle production in 2016. More protein production would bring down wholesale prices.

“How much [corn] we grow next summer is absolutely essential,” said Alexander.

Prices were already heading up before the drought, Harig said, pointing to a consistent overall food inflation due to a growing global demand, fuel prices, biofuel production and climate change.

FMI found that the recession has encouraged 55% of customers — even those with high-incomes — to plan "to live with less” in the future.

“So you’ve had this upward pressure, and unfortunately in 2008, you had consumers really battered by the recession.”

Retailers have been responding to higher prices by ramping up consumer education, locking in prices for stable items, using social media for coupons and rolling out fuel rewards program, Harig said.

“So there are efforts to make this a smoother, more efficient process going on, but to a certain extent it’s difficult for people not to feel the impact of this.”

Due to a smaller variety of products offered in restaurants than in supermarkets, John Barone, president of Market Vision, said protein price spikes are going to impact the restaurant industry more. For example, the popularity of burger joints will cause ground beef increases to do more damage.

“On the restaurant industry side, I think 2013 is going to be a difficult year.”