JACKSONVILLE, Fla. — Winn-Dixie could see some new efficiencies in its distribution network after the chain said last week it would outsource its warehouse, transportation and procurement services to C&S Wholesale Grocers, observers told SN.

The move puts Winn-Dixie’s 480 stores on the same distribution platform as 206-store, South Carolina-based sister chain Bi-Lo. Both chains are owned by Lone Star Funds and do business under Bi-Lo Holding, based here. 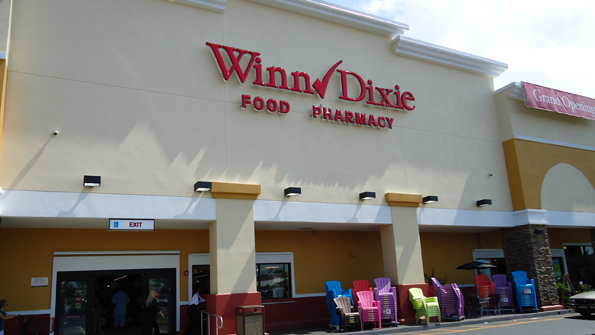 Bi-Lo Holding described the deal — which some had anticipated since Winn-Dixie was acquired a year ago — as a “long-term agreement” but declined to specify a length or financial terms. C&S, Keane, N.H., has provided procurement, warehouse and transportation services for Bi-Lo stores since 2005. The new agreement covers both the Bi-Lo and Winn-Dixie banners across the companywide network.

“We believe this deal will allow us to leverage the experience and buying power of C&S so that we can continue to reinvest in our company and focus on selling great products at a good value to our customers,” Randall Onstead, president and chief executive officer of Bi-Lo, said in a statement.

By the end of the year, Winn-Dixie’s six distribution centers — located in Baldwin, Jacksonville, Miami and Orlando, Fla., Montgomery, Ala., and Hammond, La. — and the functions that support them will be transitioned. C&S said it intends to operate the facilities as they are today, with minimal change to existing workers or their wages and benefits. As each distribu tion center is transitioned over to C&S, workers at the distribution centers will become employees of C&S.

Published reports last week said an unspecified number of warehouse support jobs at Winn-Dixie would be lost as a result of the transfer. It was unclear last week what if any changes C&S would make when it takes over the facilities, although industry watchers last week said they anticipated the wholesaler would bring its customary focus on efficiency to the new business, which in other situations has resulted in consolidation of facilities.

“I suspect that they will seek efficiency with regard to the entire network, which could mean less buildings,” Richard Kochersperger, a Philadelphia-based logistics consultant, told SN last week. “I think they will also try and advance in the technology side of the business, which given Winn-Dixie’s troubles is probably something they haven’t had a chance to do.”

Winn-Dixie earlier this month said it had completed a sale-leaseback transaction at the Baldwin facility, which was the only distribution facility it still owned.

“We thank our Winn-Dixie distribution center associates for their contributions over the years,” Onstead said. “While we are saying goodbye to them as part of the Winn-Dixie family, we are very pleased that this transition provides them with continued employment. In addition, they will provide C&S with the knowledge and experience needed for a smooth transition.”