Executive to Watch: Randall Onstead Is Melding Bi-Lo and Winn-Dixie

MAULDIN, S.C. — Randall Onstead, the chairman of Bi-Lo here, sees three primary challenges ahead as he prepares to oversee the merger of Bi-Lo and Jacksonville, Fla.-based Winn-Dixie Stores.

“First, you have to maintain your standards, especially when a company grows further away from its home base,” he told SN.

“Second, you have to resist the urge to adopt a strict ‘one-size-fits-all’ merchandising strategy. We have areas that have very different shopping behaviors and taste profiles, and for that reason, centralization works against what our customers want, which is a truly local spin on the foods they love to buy.

“Third, there’s the obvious challenge of having a limited amount of time to spend in each store as you grow and have a larger geographic reach. Tied in with that is the difficulty of maintaining visibility with your employees, which is very important to me.”

Onstead, 55, is set to become president and chief executive officer later this year of the combined Bi-Lo/Winn-Dixie organization, which will operate just under 700 stores with a estimated volume of nearly $10 billion. 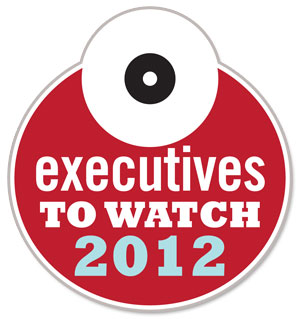 Industry executives who know Onstead told SN they believe he will be up to the task.

“Randall has all the capabilities of handling anything that’s thrown his way,” said Dick Goodspeed, chairman of Unified Grocers — and the former president and CEO of Vons and Lucky Stores.

“He’s very astute and a quick learner, and he’s good with people. In addition, he has a true financial understanding of retail. So I see no obstacles holding him back once the two companies are merged.”

“Merging the cultures of two companies is the most difficult thing you can do in the retail business,” he explained. “It’s more difficult than increasing sales or margins. But Randall will certainly be up to the challenge. He’s a tremendous executive who has the kind of personal touch that’s unusual in this business today.”

Onstead started his grocery career in Houston at Randall’s, the privately held chain named for him by his father, Robert Onstead. The younger Onstead began working there in 1978 and held various positions before being named president and chief operating officer in 1986, adding the title of chief executive officer in 1996 and then chairman in 1998.

In 1992 Randall’s acquired the Tom Thumb chain in Dallas, but after running into financial problems, it opted in 1997 to sell 61% of its equity to Kohlberg Kravis Roberts & Co., a New York-based investment firm.

Working with KKR helped him become a better executive, Onstead told SN. “As a portfolio company of KKR, Randall’s was held to high accountability and governance standards, very similar to those of a public company.”

He acknowledged as much in a 1998 interview with SN, when he outlined some of what he was learning under KKR’s tutelage.

“[Under KKR] we’ve been exposed to a whole new world of decision-making,” he said at the time. “You don’t know what you don’t know until someone points it out to you, and because I’ve been at one company my whole life, I didn’t know how other companies make decisions.

“KKR asks us a lot of questions that require detailed answers, and they’ve moved us away from a classic family-run business to more of a corporation with investment requirements.”

In 1999 Onstead sold Randall’s to KKR, after which he worked as an investment banker in Chicago and subsequently headed a Houston-based crafts and decor business before returning to the food industry in late 2003 as president of Dominick’s Finer Foods, Safeway’s Chicago-area division.

“As a division president within the Safeway organization, the one thing I had to learn was how to report into a corporate structure,” Onstead said. “That aspect of my job was certainly new to me, after having been a CEO who reported directly to the board of directors.”

According to Brown, who met Onstead when Brown headed two divisions of the parent company of Tom Thumb, “At Dominick’s, Randall showed a lot of entrepreneurial skills creating new products. For example, he added a sandwich program at the delis that was part of what the Randall’s chain had been known for.”

Onstead left Dominick’s after a year, serving as a director on several companies’ boards, including that of Haggen Inc., Bellingham, Wash.

Goodspeed said he recruited Onstead as a Haggen director “because he’s a very good strategic thinker with a tremendous ability to think past the needs of today. During his four years on the board he helped Haggen restructure the company to become more efficient.”

Onstead joined Bi-Lo’s board in mid-2008 and was named board chairman at the end of that year.

Growing Bi-Lo was always part of the company’s plan, he pointed out. “I strongly believe growth is essential in our industry, and we continue to look for prudent ways to grow Bi-Lo both inside and outside our existing footprint.”

He said the combination of Bi-Lo and Winn-Dixie, “more than anything else, is about serving our customers better and providing new opportunities for our employees.

“Following completion of the [merger], my focus will be to manage the company and to ensure continued success of both brands.”

He said he plans to relocate “to wherever the combined headquarters will be located. I don’t plan on being a commuter CEO.”

Asked how his management style has changed over the years, Onstead told SN, “I don’t believe the fundamentals of my style have changed all that much — though as I’ve changed companies and grown older, I’ve had the opportunity to work with a number of very smart and talented people, and from them, I’ve been able to learn certain aspects of management styles that have continued to shape who I am as a leader.”

Outside of work, he said he enjoys golf, travel and cooking with his wife. “However, while all those are activities I do to recharge, I can say that, right now, I’m most excited about leading Bi-Lo and Winn-Dixie,” he noted.

Asked what his late father would think of his career progress, Onstead said, “I still miss my father — I don’t think we ever become too old to outgrow the advice of our fathers. I know that he would love to sit around and talk to me about this exciting merger, and I would love to listen to what he had to say.”