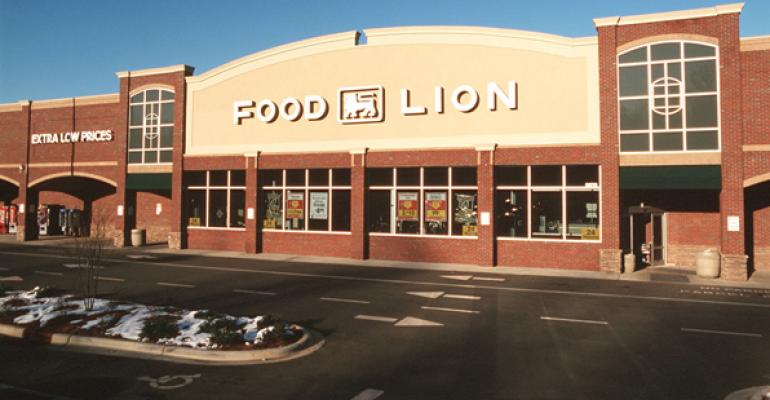 BRUSSELS — Now that Delhaize has nearly completed the repositioning of its Food Lion stores, the company is crafting a new message around the revamped chain.

The proposition will focus on three elements — easy, fresh and affordable — and will differentiate Food Lion from competitors based on the advantages of its smaller, more conveniently located stores, Pierre-Olivier Beckers, chief executive officer of Delhaize, told analysts in a conference call last week.

Beckers described the messaging as the “next step” to follow an effort to improve service, selection and cleanliness at Food Lion’s stores along with aggressive price investments that have taken place in phases since 2011. Such changes have already come to 875 stores or around 80% of the chain, and have sparked sales gains, including 1.1% comparable-store sales growth in the second quarter. Food Lion plans to complete its repositioning of the remainder of the chain later this year.

“The sales uplift we’ve seen provides us with confidence on the value of the Food Lion brand,” Beckers said.

The company began testing elements of this campaign in select markets this summer, and will roll the effort out in additional markets later this year.

In reporting results last week, U.S. sales improved by 0.4% to $4.25 billion, excluding results of the Sweetbay, Harveys and Reid’s stores the company is in the process of divesting. Price investments at Food Lion and Hannaford sparked higher volumes, while underlying margins improved as a result of improved sales leverage and buying, reduced shrink, and lower expenses.

The Bottom Dollar Food discount chain has trimmed its losses, and is making “significant progress” on productivity initiatives and is continuing to gain shoppers, but it is still not profitable. Delhaize said it plans to open 10 new Bottom Dollar Food stores in the second half.