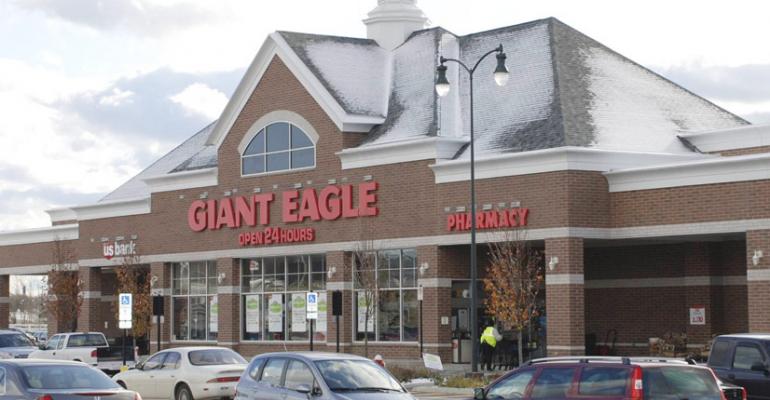 <p>Giant Eagle is looking at as many as six sites in the Indianapolis area, according to reports.</p>
News>Retail & Financial

Indianapolis: Due for a shake-up?

An improving local economy and Giant Eagle’s appetite for growth could focus industry attention — and a subsequent shake-up — in Indianapolis, sources say.

A recent report in the Indianapolis Business Journal said that Giant Eagle was looking at building as many as six new sites around Indianapolis, which would be the first Indiana locations for the Pittsburgh-based operator. A Giant Eagle spokesman, however, would not confirm the report, which was based on local real estate sources.

“Giant Eagle Inc. continually evaluates opportunities to bring our world-class shopping experiences to new customers with a focus on delivering fresh foods, value and convenience,” spokesman Daniel Donovan told SN. “As a privately owned and operated retailer, we do not speculate on potential growth plans. There is nothing to announce at this time regarding expansion into new markets.”

The Indiana Business Journal report said Giant Eagle was looking to build a 120,000-square-foot unit at a new mixed-use development known as The Bridges in Carmel, Ind., an upscale suburb of Indianapolis. The Bridges development is planned to include retail, office and residential uses, according to its developers, T.M. Crowley & Associates and Gershman Partners.

If Giant Eagle arrives, it would join several food retailers new to the market including planned stores from nascent farmers’ market chain Fresh Thyme — backed by Meijer — and Asheville, N.C.-based natural and organic retailer Earth Fare. It may also bring additional pressure on locally based Marsh Supermarkets, which in recent years has seen its share eroded by market-leading Kroger and by Walmart, sources said.

Stores are looking again at Indianapolis after several years of slow development triggered by a shaky economy. The area has shown signs of perking up, including a substantial increase in local building permits in 2013, according to the Builders Association of Greater Indianapolis, a local development trade group.

“Indianapolis is a solid region for a macroeconomic standpoint, so I can understand the interest there,” Neil Stern, senior partner for McMillanDoolittle, Chicago, told SN. “The big question there is Marsh, and what happens to it. They have a very strong Kroger that’s been gaining share along with players like Meijer and Walmart, so the question is, do you need a third conventional there or is there an opportunity for consolidation and acquisition?”

Marsh, with 86 stores and around $1.1 billion in estimated annual sales, is owned by the private investor Sun Capital Partners. Sun had put Marsh on the selling block several years ago but pulled it off the market in 2011, according to SN. Stern said he presumed Sun would consider a sale “assuming they can get the right price and value.”

A spokeswoman for Marsh however told SN the company was not for sale.