In her new role, Perry (right) will lead Kroger's retail operations and several strategic initiatives, including efforts to reach value-conscious customers. In her previous role, she was responsible for eight supermarket divisions. She recently led the team responsible for Kroger's "faster checkout" rollout, which Kroger said has reduced customer wait times at checkout from an average of four minutes to 30 seconds.

She joined Kroger in 1972 as a part-time cashier and has held several leadership positions, including president of the Michigan and Columbus, Ohio, divisions.

“Marnette's experience in turning ideas into action in our floral and natural foods departments, and our faster checkout initiatives, will enhance the spirit of innovation at Kroger,” said Rodney McMullen, Kroger's president and chief operating officer. 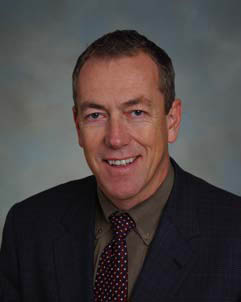 In his new position, Ellis (left) will oversee five supermarket divisions plus Kroger's jewelry and convenience store group. Ellis has been president of the company's Fred Meyer division, based in Portland, Ore., since 2006. He joined Fred Meyer at age 16, and has held several leadership positions in the company, including vice president of Fred Meyer's food group and group vice president for grocery, drug, general merchandise, pharmacy and advertising for Kroger Co.

“Mike's strong commitment to our customers and associates, paired with his dynamic leadership skills, make him a great fit for this role,” said McMullen.