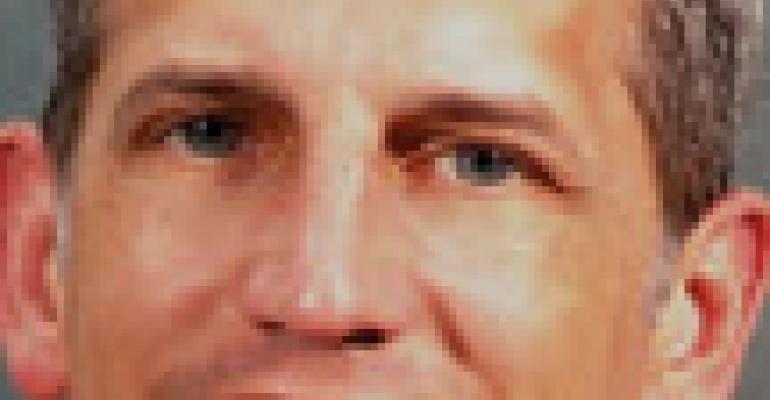 JACKSONVILLE, Fla. &#8212; Larry Appel, Winn-Dixie's new senior vice president, retail operations, brings a different perspective to his job. He's an attorney by training, though he told SN he's confident he will be able to fulfill his new responsibilities. I have an extensive track record of creating strong teams, setting clear priorities, removing clutter and delivering great results, he said. For all eight

He's an attorney by training, though he told SN he's confident he will be able to fulfill his new responsibilities.

“I have an extensive track record of creating strong teams, setting clear priorities, removing clutter and delivering great results,” he said. “For all eight years I have been at Winn-Dixie, I have been a full participant on our executive team, and I've played a leadership role in all key business decisions,” he explained. “That has provided me a strong background from which to understand the challenges and opportunities facing our stores.”

Appel was named to his new post last month in a management shake-up that included the retirement of Frank Eckstein, senior vice president of operations, and the departure of Dan Portnoy, chief merchandising and marketing officer.

Appel said he has led strategy development at the company for the past five years, which he said has helped him understand the options available for Winn-Dixie. The chain has been hard-hit by the economic downturn and competitive pressures in the Southeast.

“In addition, for the last two years I have led the human resources function at Winn-Dixie, which has given me a strong understanding of our most important asset, our people, and the capabilities and leadership competencies that will ensure our future success,” he said. “I believe this professional background will be very valuable in my new role.”

Appel, 49, has been with Winn-Dixie since 2002, serving as general counsel, corporate secretary and most recently as senior vice president of human resources. Before joining Winn-Dixie, he worked in the legal department at Home Depot, Atlanta. He originally practiced law with a private firm after graduating from law school in 1989.

Gary Giblen, senior vice president, R.F. Lafferty & Co., New York, told SN Appel's lack of direct retail experience could prove to be an asset. “Having been at the chain for several years and having seen the competitive landscape, he may be someone who's able to think outside the box from inside the company,” he pointed out. “Up to this point Winn-Dixie has tried to improve the quality of its offerings, but it hasn't tried anything radical. So maybe outside-the-box thinking by Appel will lead to development of additional formats, such as limited assortment or natural food stores; or multiple private-label tiers; or, most significantly, a loyalty card program.

“Giving discounts to its most loyal customers could become the foundation for a customer-centric, tailored marketing program at Winn-Dixie. And since loyalty cards in Florida are conspicuous by their absence, introducing one and using that as the backbone for a customized approach to serving different customer segments could be a positive thing for Winn-Dixie,” Giblen noted.

“He has strong people below him working on day-to-day issues, but he will bring more strategic thinking to operations, and that's a good thing for Winn-Dixie, which has not historically been as clearly focused as it could have been and doesn't need to respond to everything that happens everywhere.

“Decisions must be made locally, and that's what Appel is charged with doing. It's often simply a matter of balance on how to make a strong statement to customers about pricing but without giving the store away,” Adler explained.