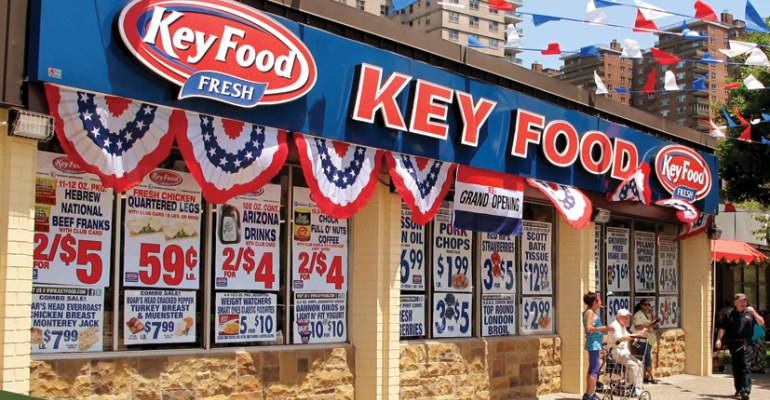 The support they showed at the festivities — and throughout the reconstruction process — reflect a new approach to doing business at the cooperative, according to Gino Palummo, vice president of business development at Key Food.

The cooperative has been aggressive in its expansion in the last year, luring operators away from other independently owned chains in the market. In the year since Palummo came on board, the cooperative has added 32 locations, under the Key Food banner as well as its Key Fresh & Natural and Food Dynasty names. The company now serves 139 independently owned stores throughout the region, with annual sales of more than $1.3 billion.

Among the initiatives that are helping drive sales gains at the company are a loan program though which the cooperative will lend operators money at a competitive rate to remodel or expand, and a more flexible vendor program that allows local stores to work with a larger network of suppliers.

“We have more than 100 authorized vendors now,” Palummo said, noting that Key Food “used to frown upon” store owners who sought product outside a tightly controlled network of suppliers.

With the loan program, the interest collected by the company eventually is paid back to the co-op’s members in the form of patronage dividends. “Our patronage is very lucrative,” he said.

The company has been expanding both through new stores and through conversions of other banners. Two stores in Far Rockaway, Queens — one an Associated store and the other a C-Town — that were seeking to rebuild after Hurricane Sandy have both reopened as Key Foods, Palummo noted.

Jeffrey Linsenbaum, owner of the Key Food in Coney Island, said the cooperative was very helpful in assisting him to get his store repaired and re-stocked for the recent reopening.

“We got a lot of support from Key Food,” he said. “They filled this entire store up in two weeks.”

Several Key Food owners are seeking to add locations. Nine new Key Fresh & Natural stores have opened in the past year, for a total of 10 units of the more upscale banner, Palummo said, as operators seek to “be a part of the gentrification that is taking place all around the city.”

“We have a very special thing going here at Key Food,” Palummo said. “People trust us. We are all family now.”