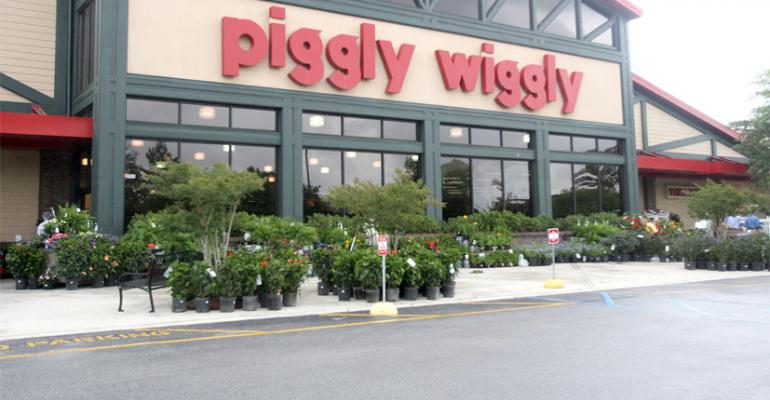 &ldquo;This is an indication from both Harris Teeter and Bi-Lo of how attractive the Charleston market is, but also, what it takes to remain competitive there.&quot; &mdash; Mark Gross, Surry Investment Advisors

CHARLESTON, S.C. — In a continuation of rapid consolidation in the Southeast, Piggly Wiggly Carolina said last week that it would sell 28 stores — 22 to Bi-Lo Holdings and another six to Harris Teeter.

Harris Teeter, based in Matthews, N.C., is also acquiring a store site under construction in Isle of Palms, S.C. Harris Teeter said it planned to expand, remodel and re-banner the stores it is buying, which include three locations in Charleston; two stores in Mt. Pleasant, S.C.; and the Newton Farms specialty store, located in Kiawah Island, S.C. Those stores will be closed for three to four days for training and restocking following the closing of the deal, expected in October, Harris Teeter said.

Bi-Lo Holdings, Jacksonville, Fla., is acquiring 22 Piggly Wiggly locations — 16 in South Carolina and six in Coastal Georgia. The company said it anticipated converting those stores to the Bi-Lo banner following the closing of the deal in the fourth quarter.

The deals continue the rapid pace of food retail consolidation in the Southeast. Harris Teeter is in the process of being acquired by Kroger Co., Cincinnati. Fast-growing Bi-Lo Holdings earlier this year announced plans to acquire the Sweetbay, Reid’s and Harveys banners from Delhaize America.

Employee-owned Piggly Wiggly Carolina will continue to operate 32 corporately owned stores — primarily in rural markets — and to supply 28 franchise customers. That company initiated the acquisition discussions as a means of addressing debt incurred as a result of its ESOP conversion along with increasing competition particularly around Charleston, said Mark Gross of Surry Investment Advisors, Piggly Wiggly’s financial advisor in the deal.

“Coming into the Charleston market are well-funded competitors — Publix, Harris Teeter and a post-bankruptcy, revitalized, re-energized Bi-Lo,” Gross told SN. “Those three in particular brought added competitive pressure in a market where a small ESOP finds it more and more difficult to compete with bigger, more well-funded successful grocery chains.

“This is an indication from both Harris Teeter and Bi-Lo of how attractive the Charleston market is, but also, what it takes to remain competitive there,” Gross added. “Every acquisition comes with the thought, ‘What if I don’t make this acquisition?’ I think this was an attractive opportunity for both companies, but also one that neither one of them should or could miss out on.”

A key consideration for Piggly Wiggly was a deal that satisfied its employee-owners, Gross noted. Both Bi-Lo and Harris Teeter said they would retain workers at the stores they are to acquire.

“It’s a compliment to both Harris Teeter and Bi-Lo that they understood the people in an ESOP business are hard-working, productive, talented employees,” Gross said. “We asked that they take them all, but I don’t think it was hard for them to say ‘yes’ to that.”

Gross said proceeds from the deal would allow Piggly Wiggly to “fully address its obligations” and continue operating as an ESOP.

“We look forward to welcoming these new associates to the Bi-Lo Holdings family and to building on the strength of these stores,” Randall Onstead, president and CEO of Bi-Lo Holdings, said in a statement.

Thomas W. Dickson, chairman and CEO of Harris Teeter, stated, “Piggly Wiggly has a long tradition of operating customer-friendly stores in Charleston. We plan to remodel and expand a number of these locations to create brand new Harris Teeter stores to serve our customers. Charleston is a growing and vibrant market, and we look forward to continuing to expand our presence in the region.”

Following are the stores being sold:

Piggly Wiggly to Harris Teeter (six locations, plus one under construction):