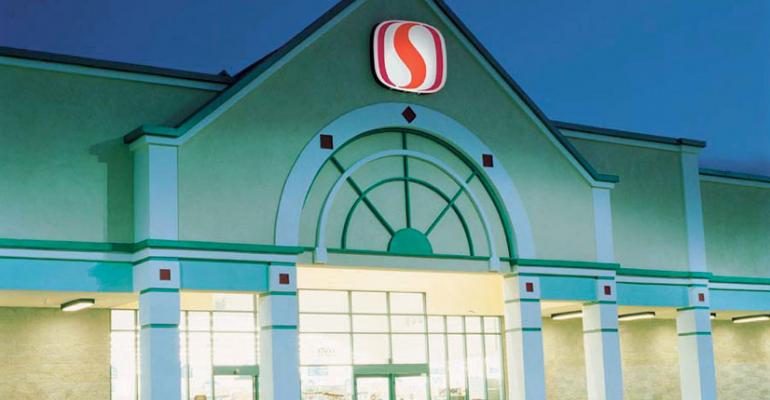 Safeway Cashes Out of Canada

PLEASANTON, Calif. — In a move seen as a bold strike for both parties, Safeway has agreed to sell its lucrative Canadian business to Sobeys operator Empire Cos. for $5.8 billion in Canadian cash.

The deal provides Stellarton, Nova Scotia-based Sobeys with a leading position in Western Canada and Safeway with around $4 billion after taxes — half of which will be used to reduce debt, officials said. But while financial leverage on Safeway will ease, pressure to improve its lower-margin and slow-growing U.S. operations will rise, analysts said last week. The deal follows Safeway’s $230 million spinoff of its Blackhawk gift-card business this spring.

Sobeys will acquire 213 grocery stores under the Safeway banner, including 199 with pharmacies and 62 with gas stations. Ten liquor stores, four distribution centers and 12 manufacturing facilities are also in the deal, which is subject to customary closing conditions including regulatory approval in Canada. Officials said they expect the sale to close this fall.

The stores being sold generated $6.7 billion in sales and operating profits of $428 million in Canadian dollars for the 12 months that ended March 23. That’s approximately 12% of Safeway’s store fleet but more than 50% of its profits, some analysts pointed out.

“We estimate that what is left will be a fraction of Safeway’s existing earnings base and a 1.3% operating margin business in the U.S.,” Ajay Jain, an analyst for Canton Fitzgerald, said in a research note. “We have felt for some time that any steps by Safeway to monetize Blackhawk and the Canadian businesses would serve to expose the U.S. operations in a much more negative light. We think that reality has taken shape now that Safeway has spun off its main growth vehicle (Blackhawk) and sold its largest and most stable earnings stream (Canada).”

Andrew Wolf, an analyst with BB&T Capital Markets, Richmond, Va., praised Safeway for unlocking value from its assets at a good price, and cited new momentum in its U.S. business in recent quarters.

“At the end of the day they have to get their U.S. operations turned around to make investors happy,” Wolf told SN. “But they realized value from two assets that were undervalued. And the biggest asset is still the U.S. operations, and this is where they can fully focus.”

Robert Edwards, Safeway’s chief executive officer, said assets from the sale would also be used to buy back stock and invest in initiatives to grow its core U.S. grocery business, including its Just For U loyalty, Fuel Rewards and Wellness programs. Safeway officials have said these initiatives could each add 2% or more to identical sales, although the programs are all in their early stages.

Both companies said the deal came about as a result of exclusive negotiations initiated by Empire. Speculation that Safeway Canada could be for sale heightened earlier this year when Metro Inc. sold a large stake in Couche-Tard and Loblaw Cos. announced a plan to spin off its real estate assets in moves some saw as possible preparations for potential acquisitions.

Marc Poulin, CEO of Sobeys, said the company would evaluate a rebannering strategy, but emphasized the operating models of its stores and Safeway’s were “ideally compatible.”