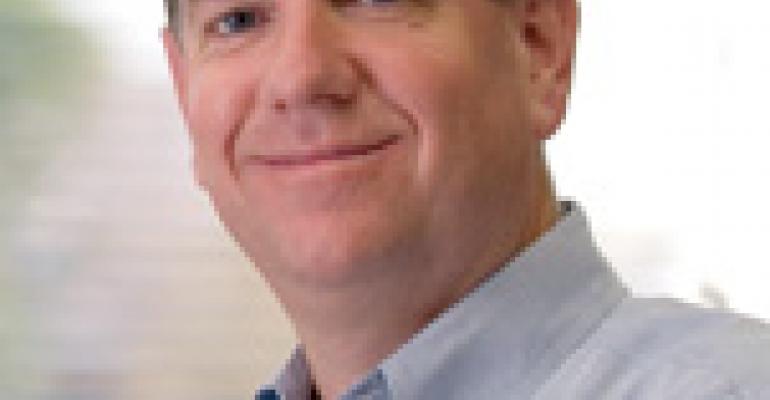 In an environment in which efficiency is paramount, sales and marketing agencies have emerged as one of the winners in the current recession. Leveraging their diversified skill sets and retail and customer knowledge, these companies have been able to capitalize on increased outsourcing of some functions by CPG companies seeking to streamline their own operations in the downturn and amid ongoing industry

In an environment in which efficiency is paramount, sales and marketing agencies have emerged as one of the winners in the current recession.

Leveraging their diversified skill sets and retail and customer knowledge, these companies have been able to capitalize on increased outsourcing of some functions by CPG companies seeking to streamline their own operations in the downturn and amid ongoing industry pressures.

“This economy is one that is going to be good for an agency like ours, because people are going to seek to cut their operating costs and improve their effectiveness simultaneously,” said Chip Hoyt, vice president of marketing at Plano, Texas-based Crossmark. “We can do things better than companies otherwise would be able to do on their own, and at lower cost. That's the entire premise.”

In short, sales and marketing agencies can benefit from a cost-cutting environment like the one the industry currently finds itself in the midst of.

According to a recent survey of food and beverage industry executives by consulting firm KPMG, cost cutting is still a priority for a significant number of companies, many of which are looking to at least next year before economic recovery takes hold. More than a third of executives in the survey — 37% — said they were still focused on cutting costs, while the rest said they were investing for growth.

When asked to identify the biggest challenges they currently faced in dealing with the economic downturn, more than half (52%) of the food and beverage leaders cited managing or cutting costs, the second-most-cited challenge after finding new sources of revenue growth.

The shift to more at-home dining has also been a boon to sales and marketing firms in the CPG industry, executives at these firms told SN.

“We're extremely optimistic,” said Robert Hill, president and chief executive officer of Jacksonville, Fla.-based Acosta Sales and Marketing Co. “The reality is, we're not in the foodservice business, and the consumer seems to be spending more time at home, which is good for our business. There are also certain categories that are performing extremely well in this environment, such as pasta and rice.”

He said Acosta is also seeing increased demand for the creation of in-store events that allow the company to leverage its portfolio of brands to create marketing events, such as a value message about breakfast or about grilling — the company represents Kingsford charcoal, Vlassic pickles, Heinz ketchup, Bush's baked beans, and Dixie plates and cups, for example.

“So, as the retailer searches for value solutions, we are trying to leverage our portfolio and the right brands to do that,” he said.

Hill agreed that the trend toward outsourcing has been beneficial to sales and marketing agencies.

“We are seeing CPG companies taking as aggressive an approach to outsourcing as we have ever seen, which bodes well for the agency space,” he said.

Acosta's business model also exemplifies the diversification that has helped some sales and marketing agencies grow, despite the economic shifts.

It not only does a significant amount of work with Wal-Mart Stores — it has about 1,300 workers servicing the Bentonville, Ark.-based retail giant — it also has expanded its business into other channels, including military commissaries.

The company's global military business, which it acquired from a third-generation, family-run operation — has “remained very healthy” in the economic downturn, Hill said. CPG companies that seek to serve that sector can turn to Acosta as an expert in the channel, he explained.

“The acquisitions Acosta has made have been really positive,” he told SN. “I think many CPG companies were eager for a solution in military, that brought together analytics, technology and customer insights, and, because of our scale and size, we were able to easily implement solutions. We have been able to differentiate our business in the military channel, and get growth because of that.”

He said acquisitions overall have been a boon to Acosta, and, although he said he believes the days of large-scale consolidation activity in the sales and marketing agency industry have passed, some niche opportunities might still remain.

“I believe you will see acquisition opportunities in the perimeter of the store, as it relates to niche meat, deli, produce and bakery brokers, but the bulk of the major consolidation in our traditional business has come and gone,” he said. “There may be channel-specific opportunities, in the club and drug channels, for example, but in terms of scale, they are not like some of the regional acquisitions you saw back in the late '90s.”

He added that Acosta was still on the lookout for such opportunities, “and there could well be some acquisitions to enhance marketing services.”

Sonny King, CEO of Los Angeles-based Advantage Sales and Marketing, agreed that the sales and marketing agencies are benefiting from their status as part of the food retailing industry and from the shift toward outsourcing.

“The economy is affecting everybody, but fortunately we are primarily in food, and everyone has to eat,” he told SN. “That's good for us.”

Although he said he has seen a shift away from some of the work Advantage does for higher-end, discretionary offerings, business at the value end of the spectrum has improved.

Business overall has been up on the food sales side of Advantage's operations, which represents about 70% of revenues, although he said the other 30% of the business — including the marketing-services side and the service to home-improvement chains Lowe's and Home Depot — has been “challenged.”

That portion of Advantage's offering will be under pressure through next year, King forecast, but the bulk of the company's business is doing just fine.

“Our clients and customers are challenging us to be more efficient,” he explained. “As they are downsizing, they are looking for us to find ways to help cut their costs — they are looking to cut their way to profit, because they are having a tough time, as all of us are, in growing the top line.”

He said the Advantage's business in such back-end areas as order processing and deductions is on the rise, for example.

The company is also looking for ways to become more efficient through elimination of duplication in the performance of certain functions, such as order taking and order correction.

Sales and marketing agencies describe a promotional environment in which CPG companies are stressing the value of the products at the shelf more than ever before, and offering more promotional opportunities to retailers rather than making cuts in list prices.

“The manufacturers are putting more money into promotions rather than lowering the list price, because once you lower the list price, it is hard to get it back up,” King explained. “So, they are dealing back heavier to compete with the price brands, and it is being somewhat successful.”

Hill of Acosta agreed: “What we are seeing is greater promotional frequency, and oftentimes depth.”

Many retailers also seem to be emphasizing buy-one, get-one-free offers, he noted.

In the meantime, retailers are also undergoing SKU rationalization, which, combined with private-label proliferation, is making it more challenging than ever for CPG brands to capture shelf space.

“CPG companies are trying to really make sure they have a value message in how they are promoting their products,” he said. “From a supplier standpoint, continued or increased innovation is going to be important. The whole work around what we might call CSI — category simplification initiatives — that's going to be a challenge to all of us, especially on the supplier side, as assortment reductions are made by customers.”

This has contributed to a difficult environment for new-product innovation, Hill explained, although he said he expects “an uptick in innovation” for 2010, vs. the last 12 months.

King noted that new-product introductions need to be “truly innovative” in this environment, “or they are not going to make the cut.”

“It is costly for both the retailers and the manufacturers, and for us, to introduce new items, so companies just have to be a lot more discriminating in what they do introduce, which I think is a good thing, since 90% of new items fail anyway.”

Overall, the work of sales and marketing agencies can help foster innovation and differentiation, said Hoyt of Crossmark.

“We can also get things done faster than companies can do on their own in terms of processes and insights, and things like that,” he said. “In that way, we are helpful instruments to foster innovation.”

The retailer-specific knowledge that sales and marketing agencies possess also is an increasingly important resource that CPG companies are able to tap, he said.

“We can help clients align with the opportunities, limitations and protocols of retail accounts. “We help amplify a differentiated brand experience,” Hoyt said. “We motivate shoppers to return — in many ways, you want to create an emotional reason for the shopper to return to the brand. We can pull it all together and make it work, if we are working for a specific brand in retail.”

Hill of Acosta said the outlook is bright for the sales-agency industry.

“I think the opportunity for sales agencies in the outsourcing environment is to continue to expand the range of services, and to bring better insights, better analytics, and to be able to help the retailers and the suppliers drive brands in today's economy,” he said. “I think it is a bright future for Acosta and the sales agency community — outsourcing is in. There is effectiveness, efficiency and benefits of scale that come with it.”