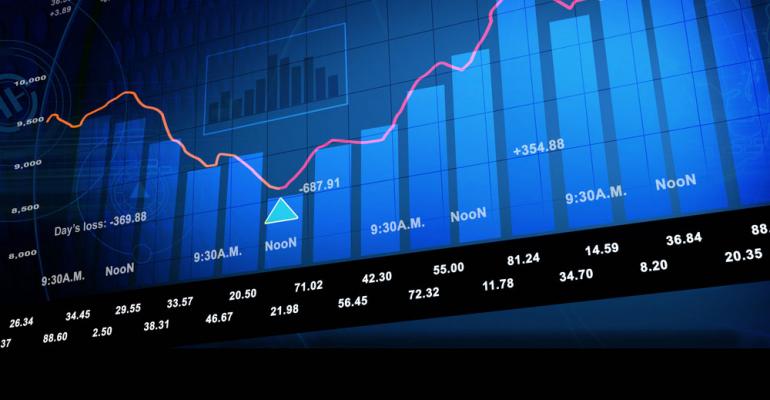 &ldquo;We&rsquo;re seeing customers make more use of coupons, do more shopping of ads, have more willingness to buy private label, move from steak to chicken and do more comparison shopping via social media or simply by going from store to store to compare prices.&rdquo; &mdash; Mark Skogen, president and CEO of Festival Foods

Top industry executives are mostly downbeat about the national economy — but upbeat about their own prospects through the second half of 2012. 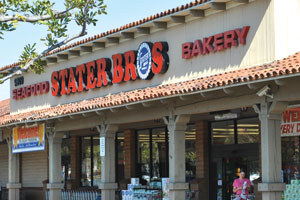 “When 18 million Americans still are not working, I see no leadership in Washington from either party to create jobs,” Jack Brown, chairman and chief executive officer of Stater Bros. Markets, San Bernardino, Calif., told SN. “People there are too preoccupied by the election and less about helping Americans get back to work.”

However, new-home construction — the biggest employer in his operating area of Southern California — is beginning to pick up, Brown said, “with work under way on 1,000 homes, which means potential new customers for us.”

Mark Skogen, president and CEO of Festival Foods, Onalaska, Wis., also cited the fall election as a cause for the lack of movement on unemployment.

“A national election makes everything freeze up for a while, which is the biggest factor in the economy right now,” he said. “We’re seeing customers make more use of coupons, do more shopping of ads, have more willingness to buy private label, move from steak to chicken and do more comparison shopping via social media or simply by going from store to store to compare prices.”

But despite some concerns about highway construction blocking entry to three of Festival’s 16 stores during the summer months, Skogen said the company’s   expectations are positive.

“The outcome of the recall election [in which the governor of Wisconsin held onto his post] appears like it will make for a better business climate in the state, though time will tell,” he said.

Neil Berube, president and CEO of Associated Food Stores, Salt Lake City, said the economy seems to have been on hold since January, “and I think we still have a long way to go to recovery.”

“In Utah we’re seeing more job growth, though there’s still a lot of uncertainty tied to the election, and that’s causing the economy to simply maintain itself. When I was in college I used to say people had to choose between guns and butter, but today it’s a choice between groceries or gas.”

Randy Edeker, chairman and CEO of Hy-Vee Markets, West Des Moines, Iowa, said his state has not been hurt much by the national downturn.

“We haven’t been affected by unemployment quite as much as most of the U.S., so our outlook has been more positive right along — though unemployment nationally continues to be a concern, along with the constant stalemate in Washington,” he pointed out.

“But for Hy-Vee the outlook since the beginning of the year has been more positive for sure, with sales and profits strong.”

Oklahoma has also not been affected too much by the downturn in the national economy, said Jeff Reasor, chairman and CEO of Reasor’s Markets, Tahlequah, “so we’re cautiously optimistic. This is not the best of times, but it is certainly not the worst of times either.”

“We’ve just have to be really good over the last three years at controlling costs and to keep finding ways to reduce them because of the need to reduce margins to drive traffic and get more promotional because the value equation is so important,” he explained.

“But we’re growing our business and having fun with it, despite the economy. It’s a tough environment, but we’ve been fortunate.”

Among the top executives of the three largest conventional chains, Steve Burd, chairman and CEO of Safeway, Pleasanton, Calif., seemed to be the most optimistic. With the housing market beginning to recover in California, where Safeway operates the bulk of its stores, “I think there’s a recovery under way, and at the end of the day, I think consumers see that, and consumer confidence builds,” he said during a quarterly conference call.

“If you look generally at just the geopolitical world right now, people are a little bit nervous, so there’s a little bit of anxiety out there on the whole that kind of dampens the enthusiasm, even for those on the high end,” he told analysts during a conference call.

“Those whose life and economic status are strong are acting a little bit like the recession is over, or certainly like the economy has improved, while the behavior of those who are on tight budgets and those who are more price-sensitive are being affected more by the economy.”

Craig Herkert, chairman, president and CEO of Supervalu, Minneapolis, told investors, “We are operating with the assumption the economy remains in the place that it is. Our goals on value transformation will continue regardless of what happens in the economy.

“Clearly, with the economy the way it is, value continues to be important. But for us, it’s a combination of making sure we get the base price right and continuing to use our promotional strategy.”

Reflecting on plans for the second half, the executives shared these thoughts:

• Stater Bros. “Overall sales are running ahead of last year due in part to increased customer counts,” Brown said. “Our customer count was up by 1 million in 2011, and we’re running ahead of that rate now, with 600,000 new customers so far this fiscal year, so we will probably surpass 1 million new customers this year — due in part to lowering perishables prices to be more competitive with outlets in all channels.”

• Festival Foods. Skogen said he’s looking forward to opening the chain’s 17th location, in Neenah, Wis., in early November — a 73,000-square-foot store that will have the company’s first mezzanine seating area above the service deli. “We’ve never had as much room for customers to sit down as we would like, so we created a mezzanine above the deli to give customers a chance to sit while they eat and to relax, with more comfort, a TV and wireless access,” he explained.

• Associated Food Stores. “With wages stagnant, hours cut and gas prices still high, people continue to stick to their budgets, and impulse buying is almost nonexistent,” Berube said. “But we’re seeing some increases in sales per ring, so rather than decreasing, sales seem to be flattening out in terms of the size of the average ring.”

He said Associated will continue to use Western Family as its principal private-label supplier, “but we’re seeing expanded opportunities with other buying groups, so we will be associating ourselves with a different group for some purchases,” though he declined to pinpoint the group.

“To strengthen the sales curve, we’ve aligned ourselves with Topco’s pharmacy program, which will add substantial profits to our retail pharmacies. We’re also looking at revitalizing our health, beauty and wellness program and our general merchandise program — to stop the slides there — by switching to GvH Millennium, which is offering substantially lower costs to members.

“In addition, to help revitalize our corporate brands, we’ve aligned with Willard Bishop for new go-to-market pricing strategies and to increase the number of tiers of private label.”

• Hy-Vee. The company is offering a fuel discount program in several localized markets, Edeker noted, “and that program seems to be working well,” he said.

“We’ve also been putting a more aggressive focus in our ads since early June on targeting categories we think we’ve lost, including pet supplies and baby foods; and we’re also focusing on one of our core messages — ‘A helpful smile in every aisle,’ which we’ve had since the 1960s but which we may have given less attention to in the last few years. So now we’re using it on TV to talk about our employees in a campaign that started in mid-June.”

• Reasor’s. “In late May we fired off a fuel program that’s giving us a little bit of a sales boost,” Reasor told SN, “and we’ve also done some price optimization behind the scenes that gives us a kick, so we’re exceeding the market in sales increases.”

Going forward, Reasor’s hopes to understand how the fuel program affects different departments “to determine what we need to work on,” he noted.

The company will open a new 73,000-square-foot store this fall in Bixby, on the south end of Tulsa, where it has not been represented. The store will feature an expanded selection of prepared foods, Reasor said. It opened its 16th location last week in Sand Springs, Okla.

• Niemann Foods. “We took some steps early on when the economy turned south and put some money behind pricing and promotion while giving up margin,” Niemann explained, “and we’ll have to continue to do that because it’s so important to keep the momentum we’ve got.”

• Safeway. The chain’s Just for U digital marketing program, which was scheduled to roll out chainwide by mid-year, should begin producing benefits during the third quarter, Burd said.

“This is about introducing a platform to change consumer behavior, and our goal is not to have this build slowly but to have it build with some speed. Certainly by sometime in the fourth quarter we will be everywhere in the U.S., and we should see a 2% sales lift from this mechanism alone.”

• Supervalu. The company will continue to leverage its resources to drive results, Herkert said. “You will see a more intense focus on getting a fair-price-plus-promotion as we layer deeper investments across specific markets, such as Chicago. This involves removing price as a barrier to shopping our stores while also highlighting great service, a quality assortment and a convenient neighborhood location.

“We will also be aggressive in our communications with customers and bold about the changes we have made to improve our value proposition.”