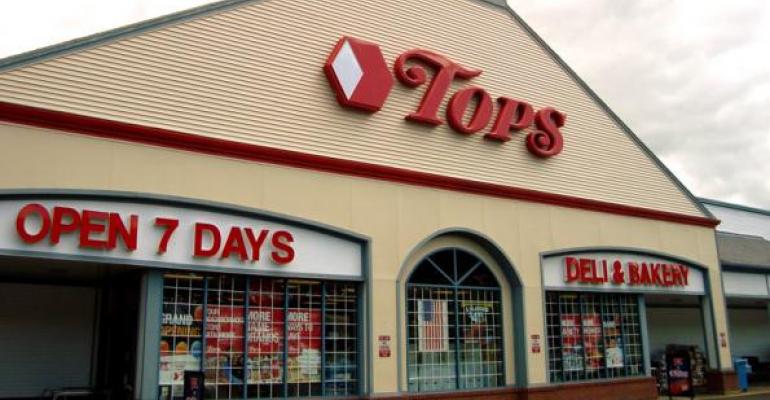 WILLIAMSVILLE, N.Y. — A group of executives at Tops Friendly Markets here has agreed to acquire the chain, the company said last week. Terms were not disclosed.

Tops had been majority owned since 2007 by Morgan Stanley Capital Partners, which bought the chain — then numbering 71 supermarkets, mostly in upstate New York — for $310 million from Ahold USA.

Since then, Tops has grown to 159 stores, largely through the acquisitions of Syracuse, N.Y.-based Penn Traffic and several Grand Union locations.

“With the support of Morgan Stanley Private Equity, and the talent and expertise of Tops’ Western New York-based management team, the company has seen tremendous growth over the past six years and is positioned for future success and long-term growth,” a Tops spokeswoman told SN.

The group is buying the stock of the company, and will own all assets and liability, Katie McKenna, the Tops spokeswoman, told SN.

Bank of America is providing financing for the acquisition, which is expected to close by the end of 2013.

The chain operates 159 stores in upstate New York, Pennsylvania and Vermont, and has more than doubled in size in the last six years. It acquired most of Penn Traffic’s 79 locations in 2010, and purchased 21 Grand Union stores in New York and Vermont from C&S Wholesale Grocers in 2012.

The company has estimated annual sales of about $3 billion. It is the No. 1 food retailer in the Buffalo market with 43 stores and a 32.5% market share, according to Metro Market Studies, Tucson, Ariz., and is No. 2 in Syracuse after Wegmans Food Markets.

“It’s business as usual for Tops. The Tops management team will stay focused on achieving our vision for Tops,” McKenna said.