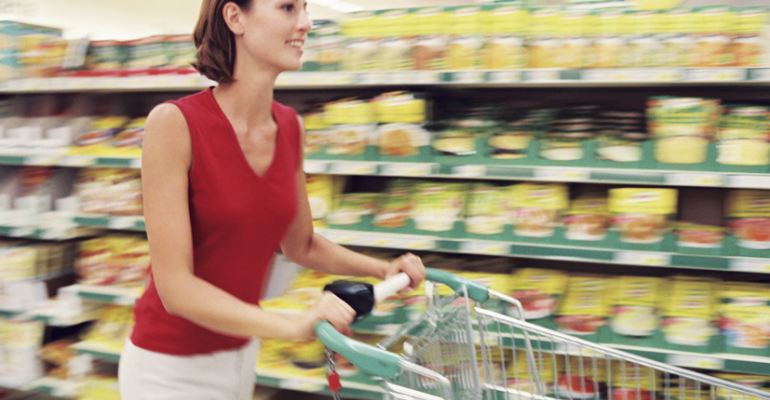 NEW YORK — While supermarkets aren’t growing as quickly as some rival channels of trade, consumer product manufacturers can’t afford to forget them as part of their sales plans.

“Our so-called lagging channels are 72% of the retail environment” today, Rand said, noting the percentage would dip only to 68% by 2015. “If we focus only the growth retailers, we will leave three-quarters of our business on the table. That doesn’t sound to me like a success plan.”

Although the supermarket channel is slow-growing overall, a closer look reveals a “smorgasboard” of trajectories among individual retailers, Rand noted. Kantar’s research for example reveals nearly as many high-flying supermarket “rockets” (28.4% of existing sales volume) as potential-growth “takeoffs” (30.1%) and shrinking supermarkets in “dives” (29.2%).

“Generally speaking, channels as a whole rarely lag — retailers lag,” he said. “Formats are not the problem or the solution.”

Instead, Rand advocated that suppliers assess the capabilities of each retailer they invest in, likening the process to choosing players on a baseball team based on a range of abilities.

“This is your customer base,” he continued. “It’s not winners and losers, all or nothing.”

Continuing with the baseball analogy, Rand suggested suppliers play “small ball” to balance their investment between growing retailers and established ones with more dependable if less spectacular results. He also suggested that suppliers invest in “hometown favorites,” where possible, getting their products to the specific locales where they will work best.

Rand advocated taking a similar nuanced approach to customer metrics and pricing, saying the practice of “preferential pricing” for different retailers will become unsustainable as a result of ubiquitous price checks through the Internet and by mobile phone. This “omni-transparent pricing” is forcing suppliers to do business with increasingly better-informed retailers.

“Wal-Mart watches Dollar General, Kroger watches Wal-Mart. H-E-B watches all three of them. Costco watches everybody,” he said. “When your shopper can go out with a smart phone and see pricing everywhere, that’s transparent pricing. But retailers have mobile phones too.”

Rand also advocated that suppliers invest more in retail execution, paying attention to metrics like store productivity and how their products and expertise can improve that. “There is no such thing as too much investing in retail,” he said. “Specifically for retailers who are struggling in the market, retail execution is your strategy. It’s the most important single thing you can do.”